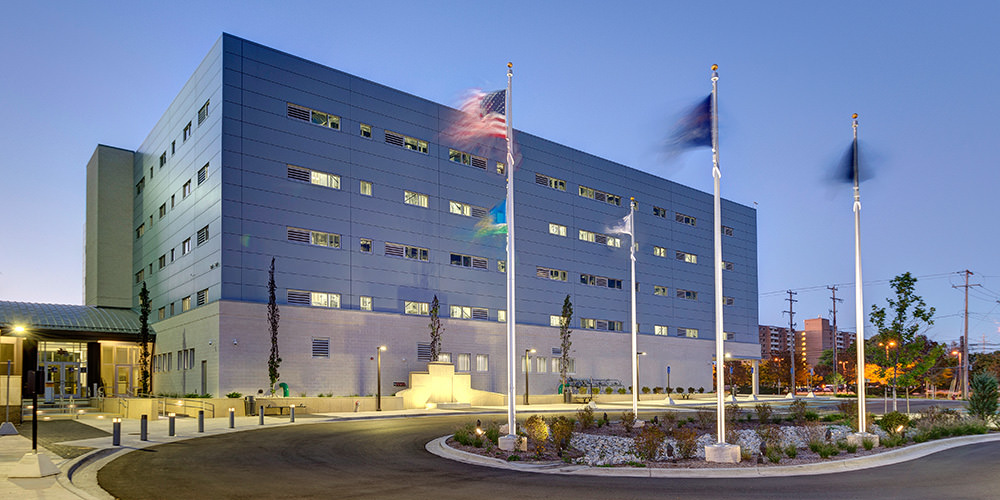 The end of September marks the one-year anniversary of operations for the Muskegon County Adult Jail Complex in downtown Muskegon.

Completed by Granger Construction in 2015, the three-story, 89,000 square-foot jail replaced an outdated 50-year-old-structure. In doing so, the facility remedied a decades old overcrowding issue and significantly increased safety, security and operational efficiency.

The project received the 2015 Build Michigan Award from the Associated General Contractors of Michigan for its high level of complexity, innovative construction techniques and overall excellence in construction management.

“Today, we’re averaging 500 inmates in a facility that has the capacity to hold 585,” Burns said. “We have definitely solved the persistent jail overcrowding issue that has plagued the county for many years.”

Because the new jail was designed and built with efficiency in mind, the larger facility is being operated with the same number of staff as the previous facility. This is possible for many reasons, including a pod-shaped design that allows staff to view inmates from a central command station.

The new facility also utilizes industry-leading technology such as video visitation and arraignment systems. Video visitation allows family and professionals to visit with inmates without having to enter secure areas of the facility. Similarly, video arraignment allows inmates to be present during arraignment and proceedings via video feed without leaving the facility. These systems not only contribute to a safer environment for inmates, visitors and corrections personnel but they also increase operational efficiency since fewer staff are needed to manage inmate movement.