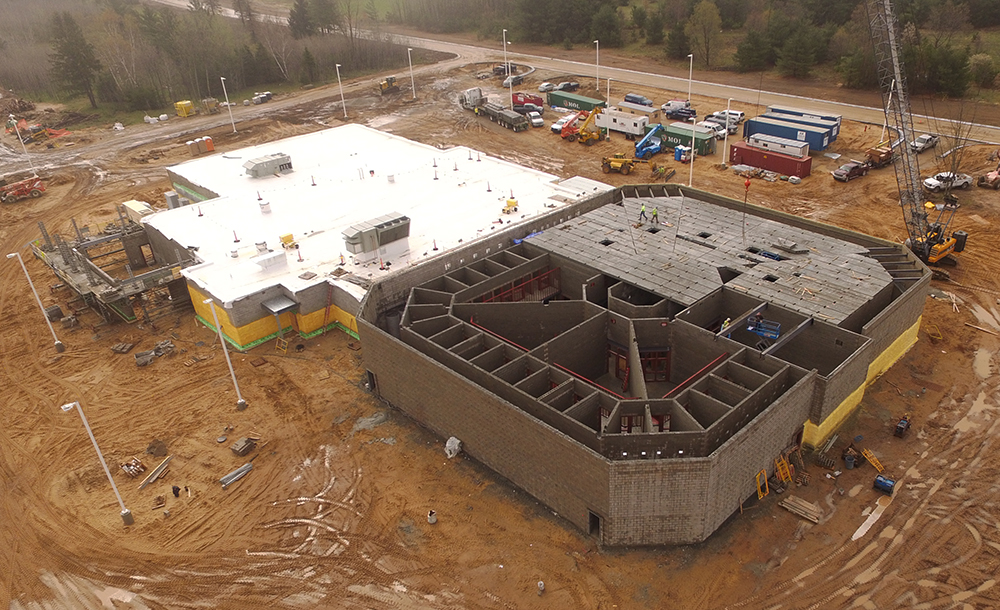 Granger Construction was awarded the Wexford County Jail project in July 2016 and broke ground later that year. Since then, steady progress has been made at the site in Cadillac, Michigan with completion scheduled for later this year.

View the drone footage below to see the most recent progress on this project.