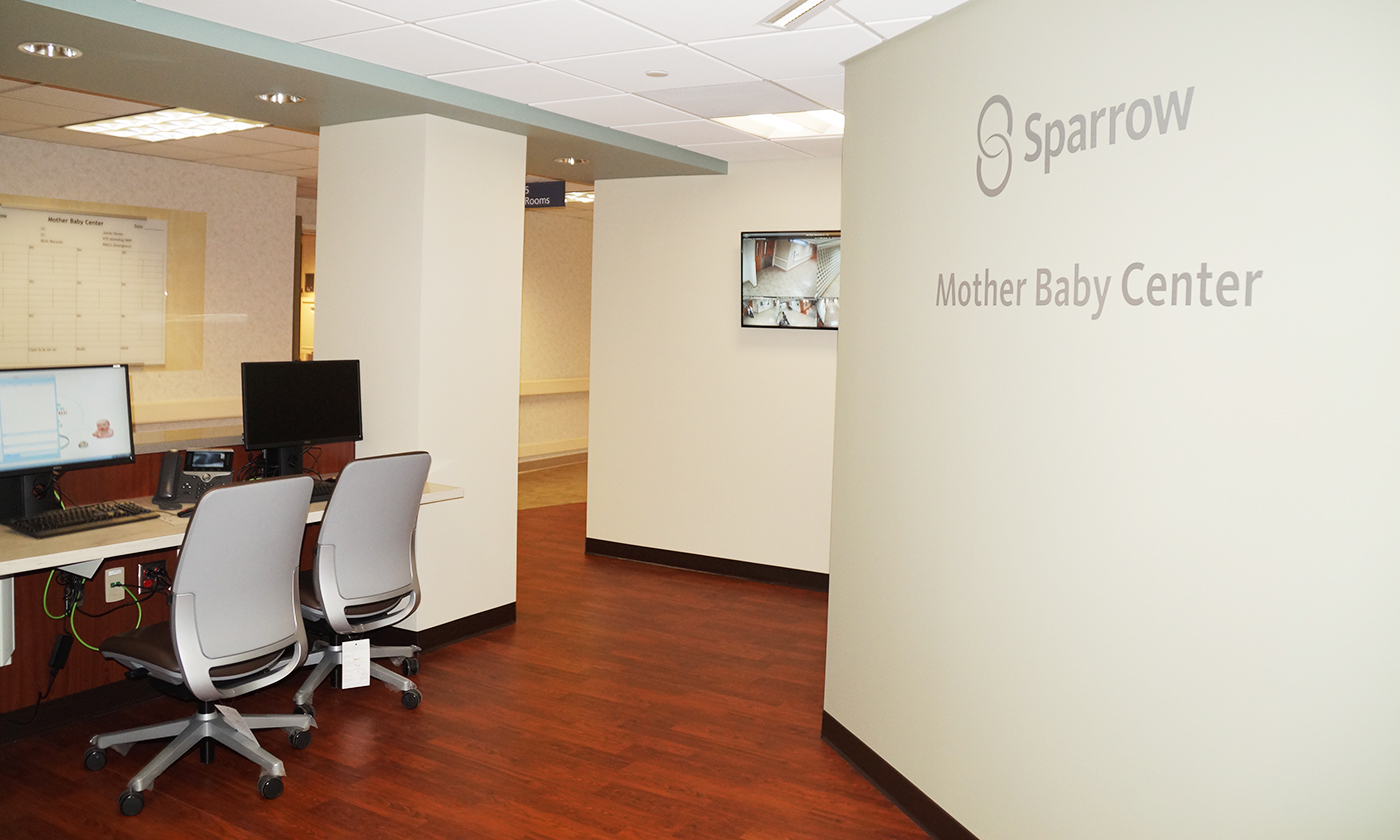 Recently, Sparrow Hospital was able to take occupancy of newly renovated spaces within their Mother Baby Unit following completion by Granger Construction of the first of three phases of a $2 million project.

Phase 1 of this project involved architectural upgrades to 12 patient rooms in the North half of the Foster Wing, located on the third floor, including new finishes such as wall protection, paint, flooring, ceilings and major bathroom upgrades to expand shower layouts. Work also involved renovations to the North Corridor including above-ceiling infrastructure upgrades.

A portion of Phase 2 was also recently completed, consisting of a converted vacant nursery area into a centralized nurse station. The remainder of Phase 2, slated for completion in mid-May, includes upgrades to staff spaces, a new nursery for car seat and hearing tests, as well as upgrades to their procedure room, simulation room and clean utility/storage room.

The third and final phase of the project will be completed in mid-summer. This will be similar to Phase 1 work but will take place in the South half of the Foster Wing and includes nine more patient room upgrades, staff space renovations and an additional nurse station.

This project builds upon Granger and Sparrow Hospital’s long-standing relationship, which includes past projects such as the Sparrow professional office building and parking deck, as well as the west wing addition to Sparrow Hospital.