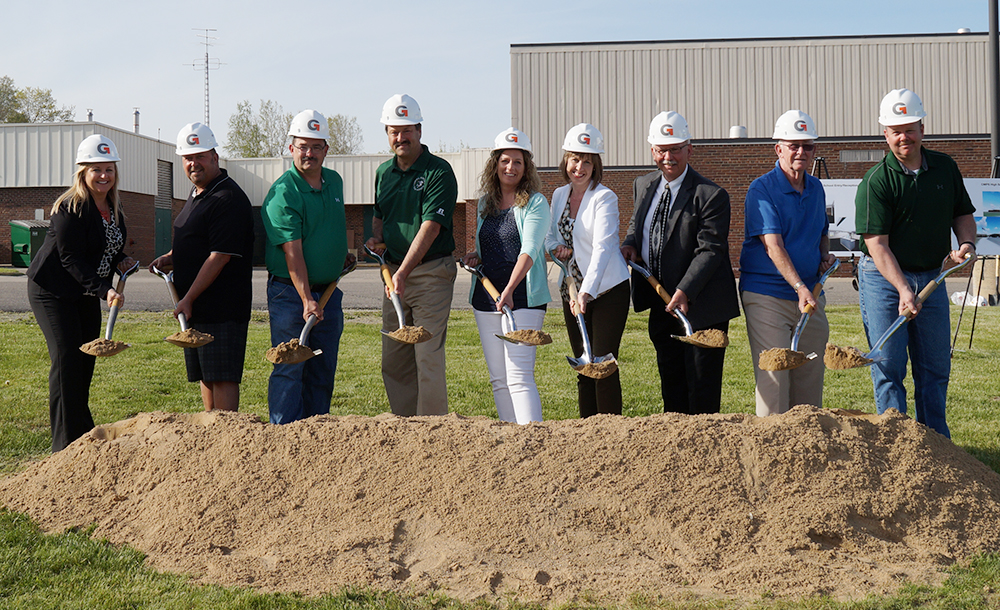 Improvements to Central Montcalm Public Schools in Stanton, Mich., are officially underway, signified by a recent groundbreaking ceremony on May 15.

Voters in the school district passed an $11.6 million bond in August 2016 to fund improvements to school buildings, with the primary focus on improving traffic flow, student learning, safety and security.

Granger Construction is serving as Construction Manager for the project, which includes a new design of school offices to create secure vestibules at all buildings, including a new entrance vestibule addition at the high school/middle school building to be complete by the end of the year.

“The community support for this project has been substantial,” said Rob Train, vice president at Granger Construction. “We couldn’t be more excited to get started with helping to make improvements for the district.”

Other updates and renovations, slated for completion by the end of summer 2018, include: