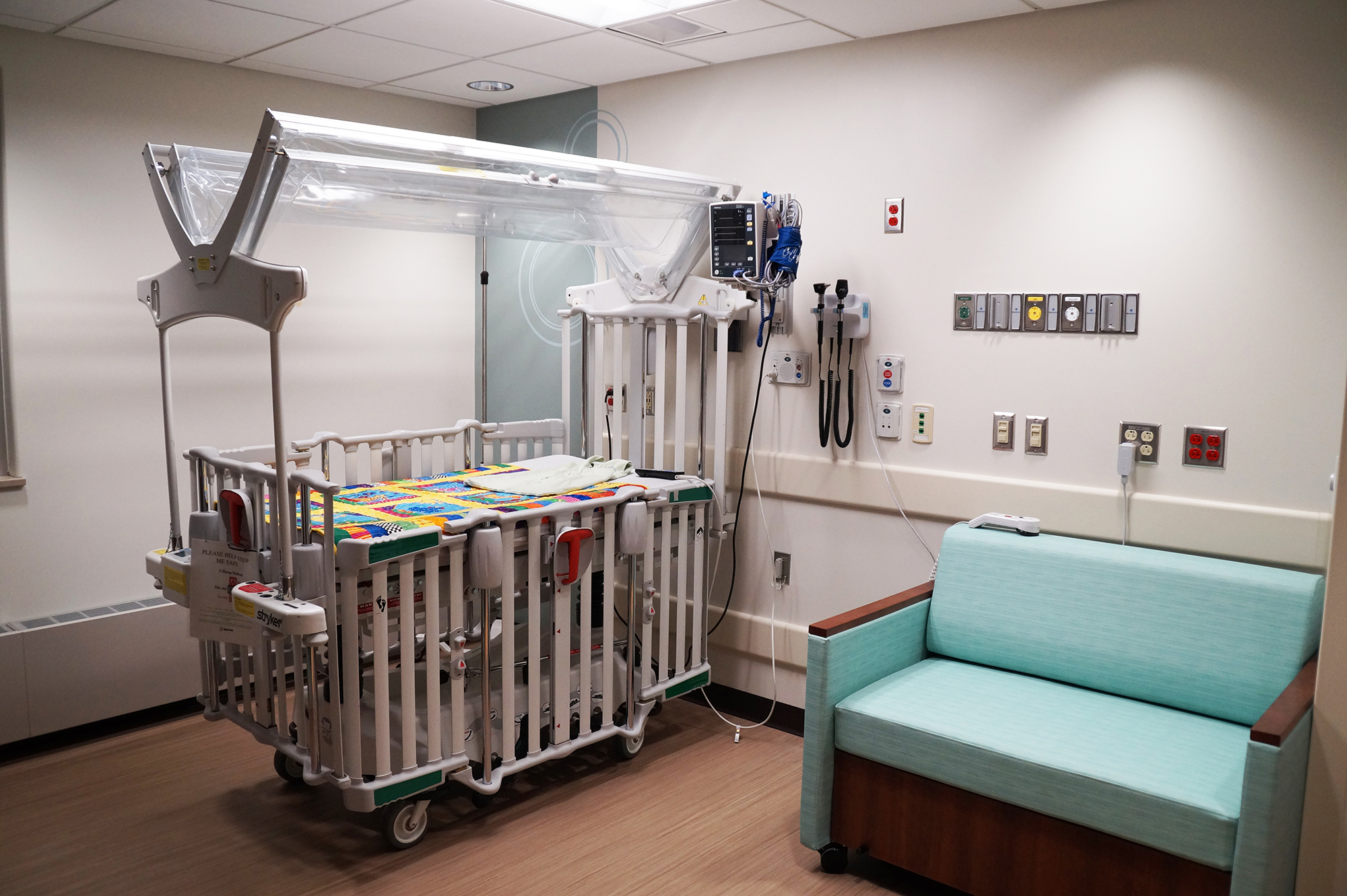 Granger Construction uses Touchplan to maintain Lean construction practices on projects across market segments. In the following case study, learn how one healthcare team successfully used this tool to complete the Sparrow 5 Foster Pediatric Renovation under budget and six weeks ahead of schedule. Read the full case study below, or click here to view the original article, by Katherine Van Adzin of Touchplan®.

Granger Construction was awarded a $3.1 million project to substantially renovate the 5 Foster Pediatric Unit of Sparrow Hospital in Lansing, Michigan. In addition to the complexity of working within a functioning hospital, the looming threat of RSV season (respiratory syncytial virus, which commonly spreads in the colder months and poses a high risk to young children) added urgency to the completion deadline.

Most renovations within a working hospital require at least three to four months for completion. If patient rooms and wall movement are included in the scope, this bumps the minimum schedule length up to six months. However, this timeline created a dilemma for Sparrow Hospital, which needed its pediatric unit back at full capacity sooner.

Further complicating the situation, all the work needed to be done in tight, occupied space on the fifth floor of the hospital, taking care not to disturb floors above or below. The floor below houses a cardiac recovery ward, and at one point, valves on that floor had to be shut off to isolate the fifth floor. This required extensive coordination with nursing staff, hospital management and the owner’s representative to ensure no operations were disrupted. Walls couldn’t be closed off until the valves and pipes were replaced, so timing of every step needed to be accurately predicted and adhered to.

While the work was in progress, the pediatrics unit had to be relocated to other areas of the hospital, putting pressure on the operations of those units. Additionally, the project’s scope increased as it progressed, which required stringent change management on the part of the project team to ensure continued pediatric operations.

In the face of these complexities, the project team, under the guidance of Lean consultant, Hal Macomber, decided to implement Touchplan to ensure they could still meet their deadlines.

The project’s anticipated scope consisted of removing all of the drywall and completing an architectural finish of the walls, floors and ceilings. However, the scope increased when it became clear that more work, including valve replacements, plumbing work, the removal of galvanized piping and servicing of med-gas outlets, would also be necessary. Since the hospital was still fully operational, careful management was required to ensure that none of the work interfered with patient care.

To accommodate the increasing scope of an already challenging project, the team knew they needed to work strategically. Under Macomber’s guidance, they implemented Touchplan and were the first team to combine it with takt planning. The takt planning approach centered on four flow units (the unit used to measure the completion of work); the 26 patient rooms, the nursing core, the pediatric rehab area and the corridor and support space. The teams adjusted their takt planning process depending on the function of the space in which they were working. For example, work on the nursing core was more focused on systems due to the complexities of the plumbing and HVAC infrastructure than the work on the patient rooms. The patient room planning concentrated largely on space constraints.

A key motivating factor for every team involved, from the Granger staff to the building inspectors, was the ultimate purpose behind the work. According to Project Manager Bill Bofysil, “The inspection process, with the HFES, the Health Department, and Bureau of Higher Services, went off without a hitch. Same with local inspectors. They were very accommodating to the workflow that we established, because they had to come out multiple times for inspection to allow us to keep progress…Everybody bought into the idea [that]…it’s for the kids.”

The combination of ambitious implementation of new strategies and the motivating purpose behind the project combined to yield a very successful result. The project was completed six weeks ahead of schedule; rather than finishing the renovations in early to mid-February as originally forecast, the work was completed before Christmas.

The accelerated completion benefited the hospital twofold; not only was it able to operate at full capacity during the onset of the RSV-intensive winter season, but it also relieved pressure on the other wards that pediatric services had been occupying.

Because the project finished with time and money left over, the team was able to expand upon some of the renovations to deliver some of the hospital’s wish-list items, such as an upgraded corridor finish outside of the pediatric unit.

According to Bofysil, the communication Touchplan enabled was also critical to the project’s success. “The best part of the collaboration/communication is that you get to find the variation as far as the roadblocks and you’re able to plan around those, which you typically don’t do on a traditional setup.” The communication also facilitated the coordination required to maintain a predictable workflow, which was vitally important to minimizing disruption to the pediatric ward and the adjacent floors.

As is often the case, success on one project quickly spreads. The productivity metrics from the Sparrow Hospital project are so persuasive that Granger has already won new work on the strength of that project’s results, embodying their commitment to continuous learning and improvement.