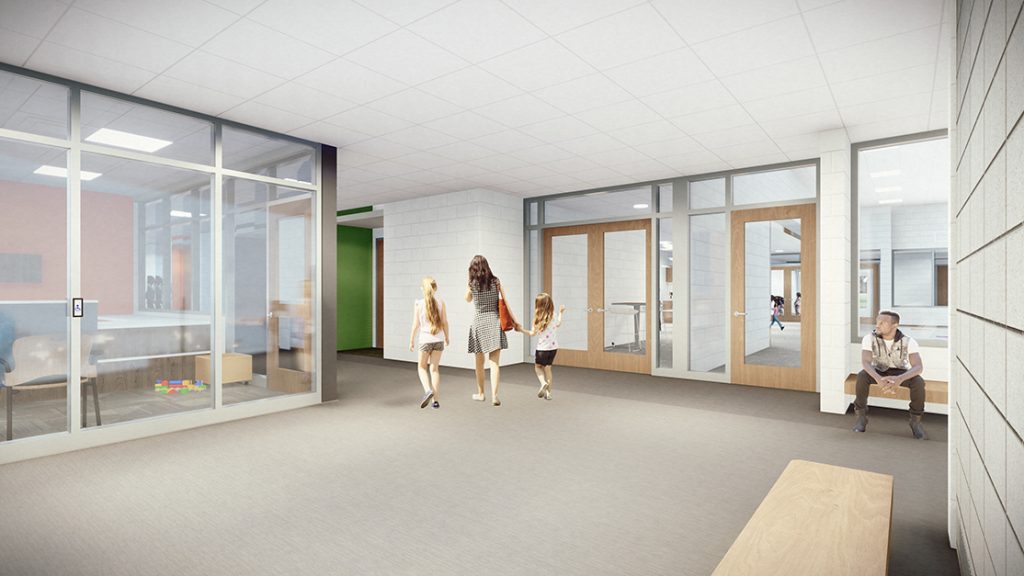 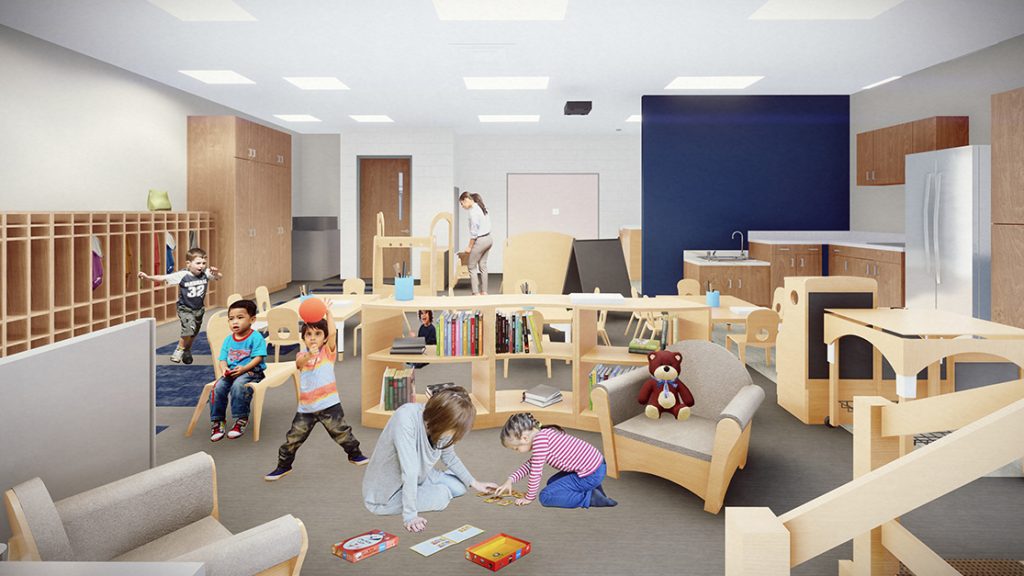 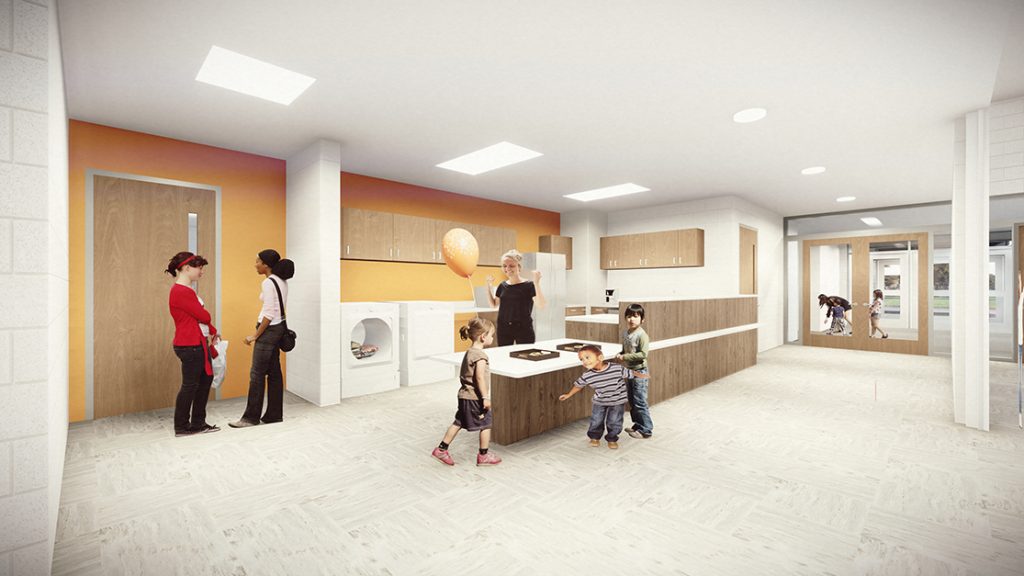 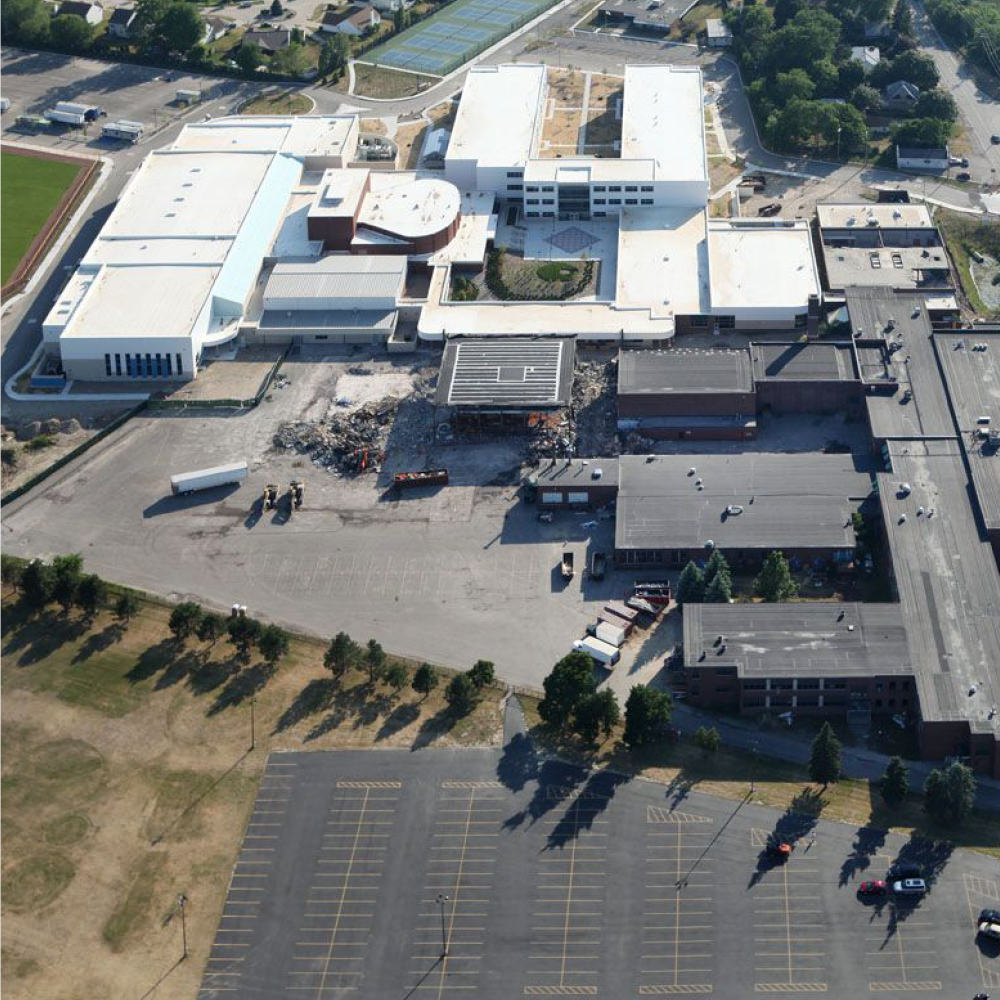 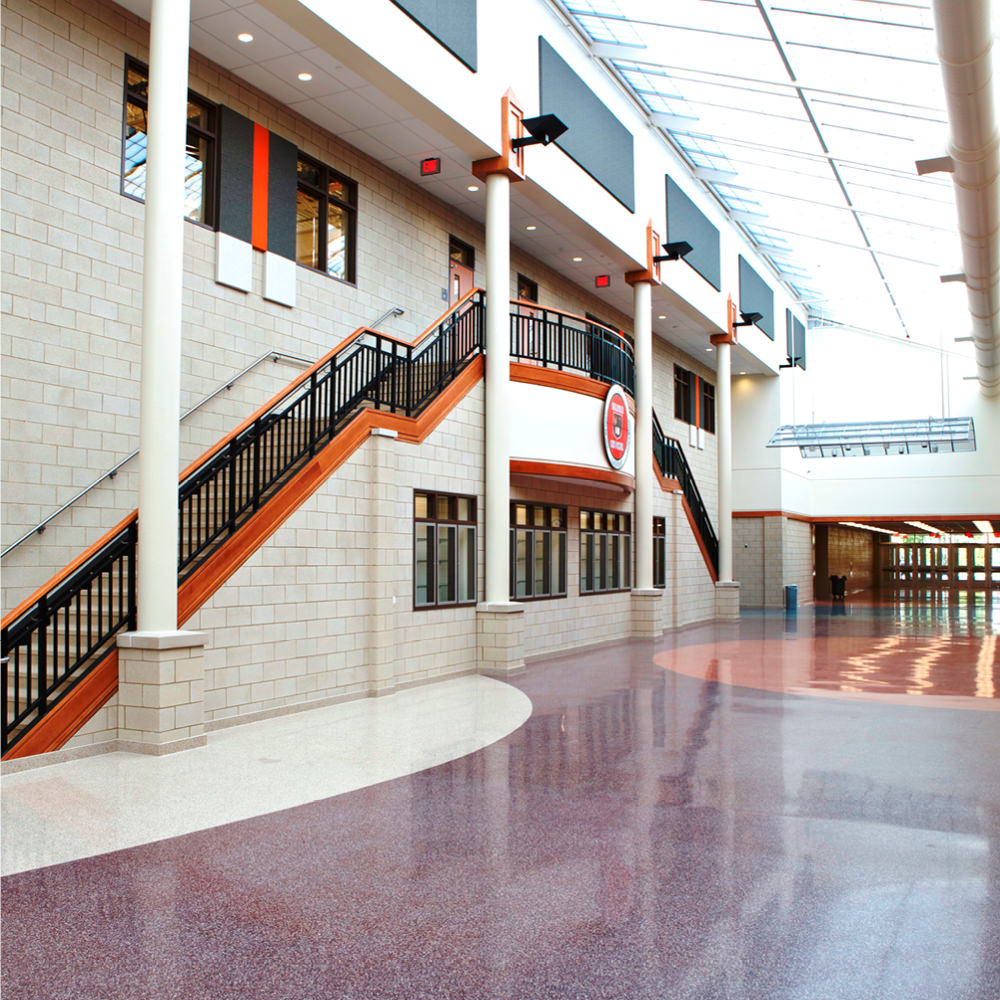 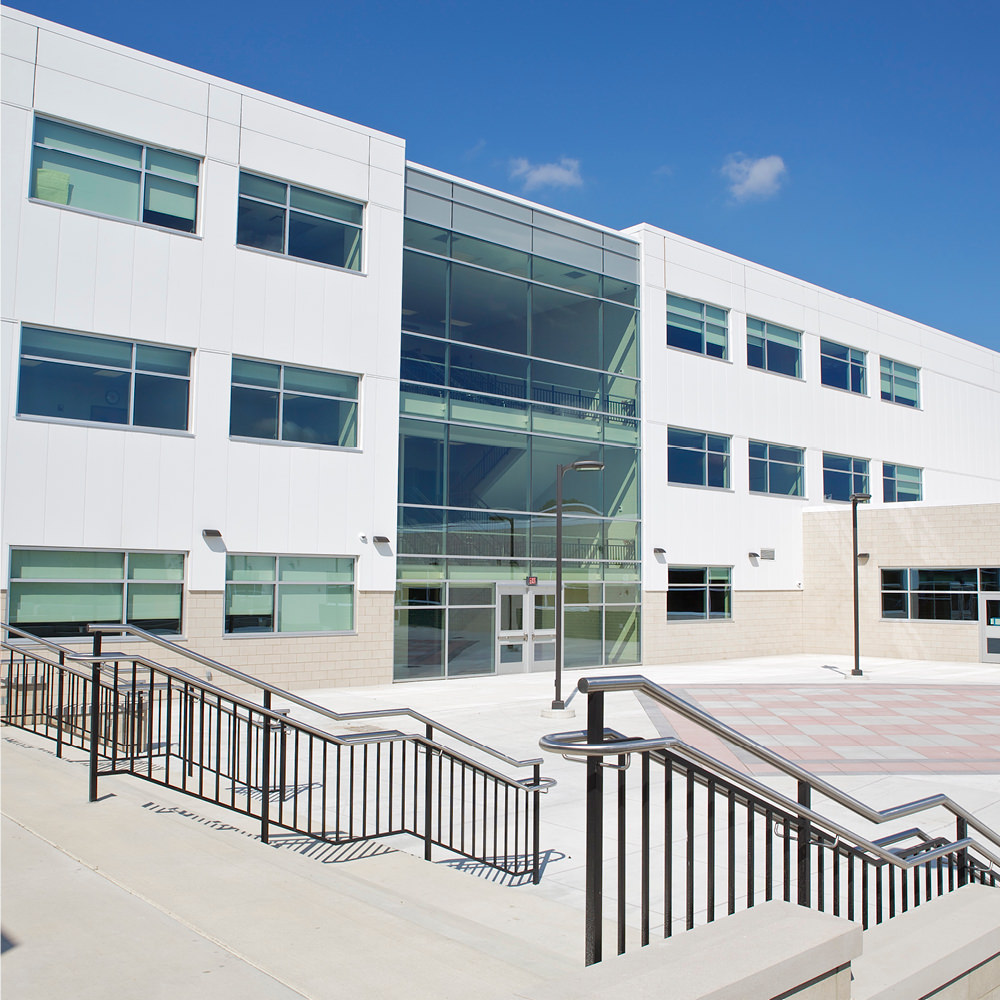 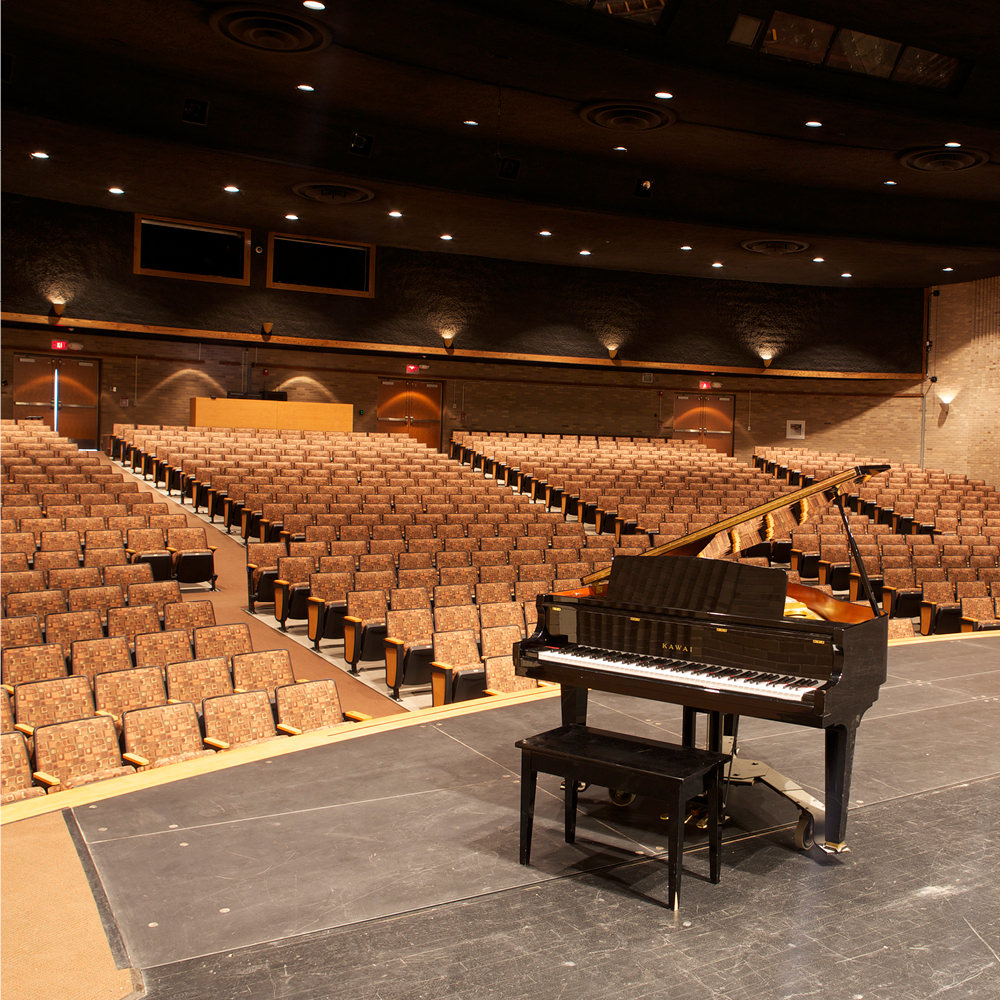 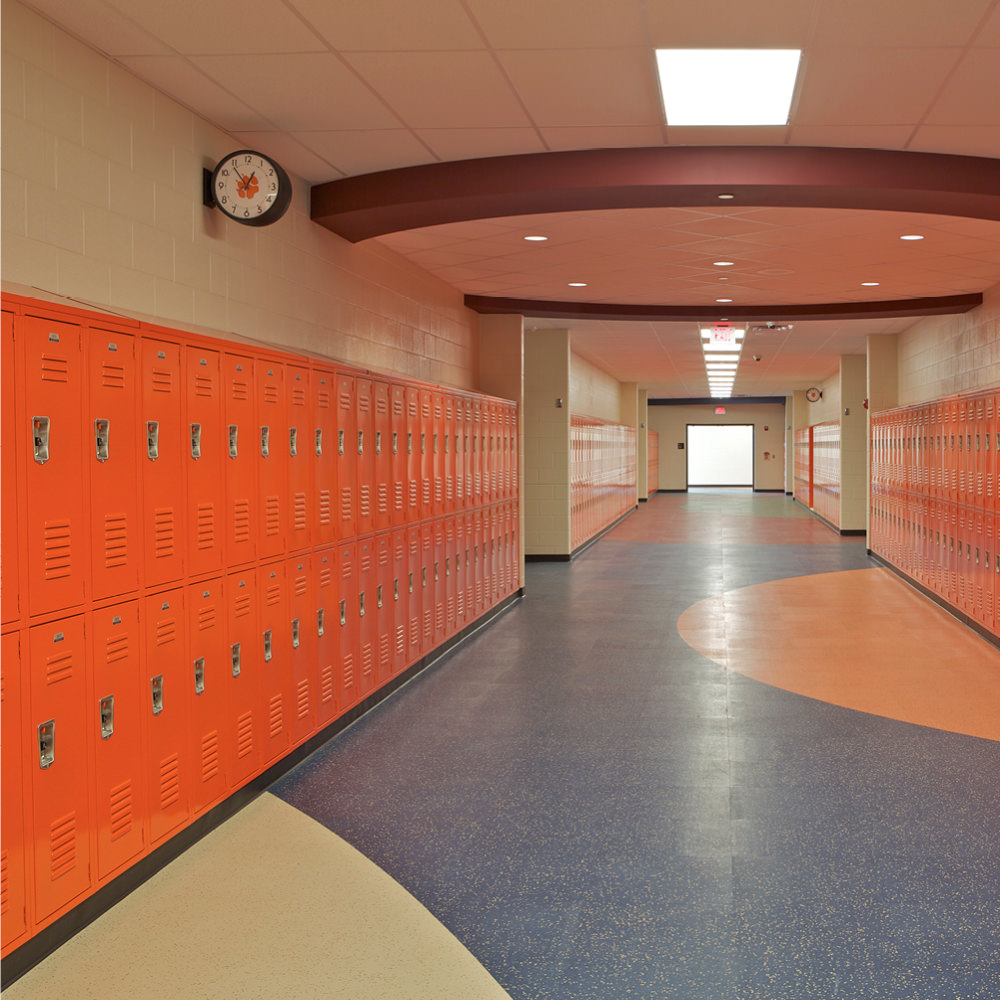 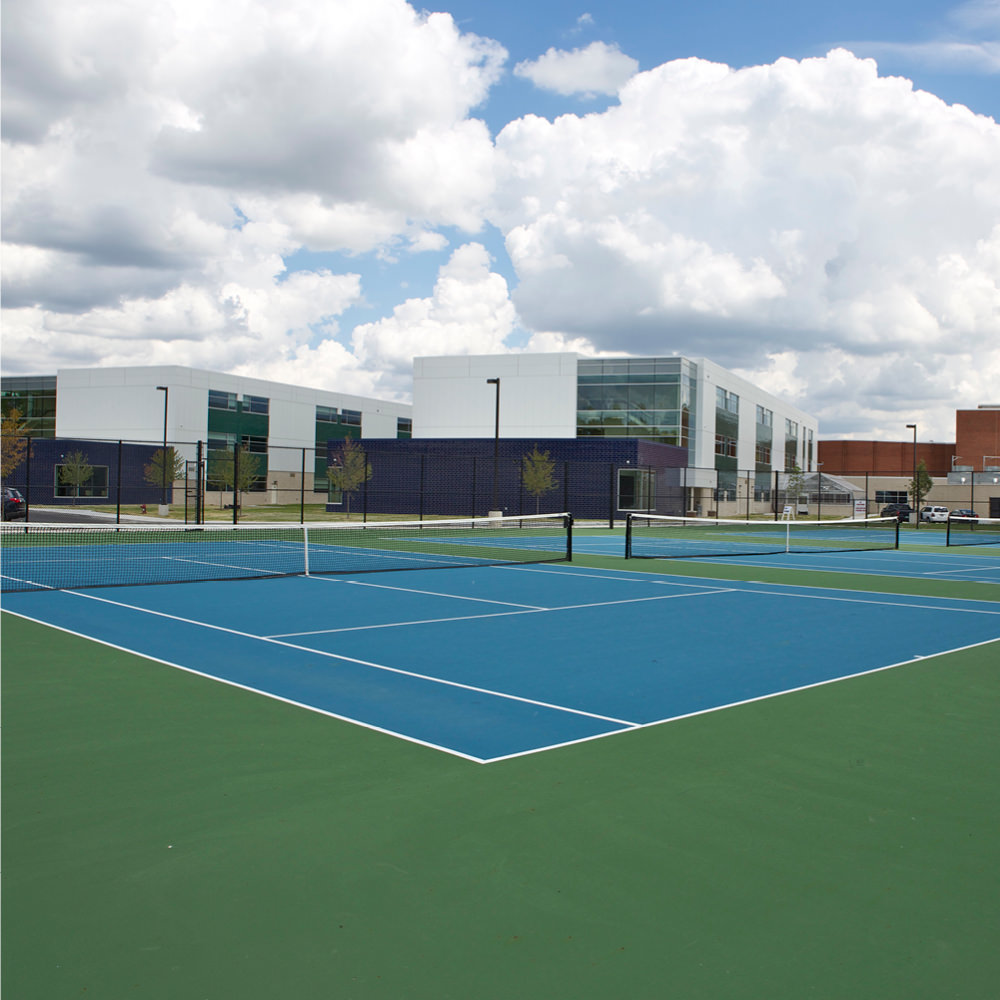 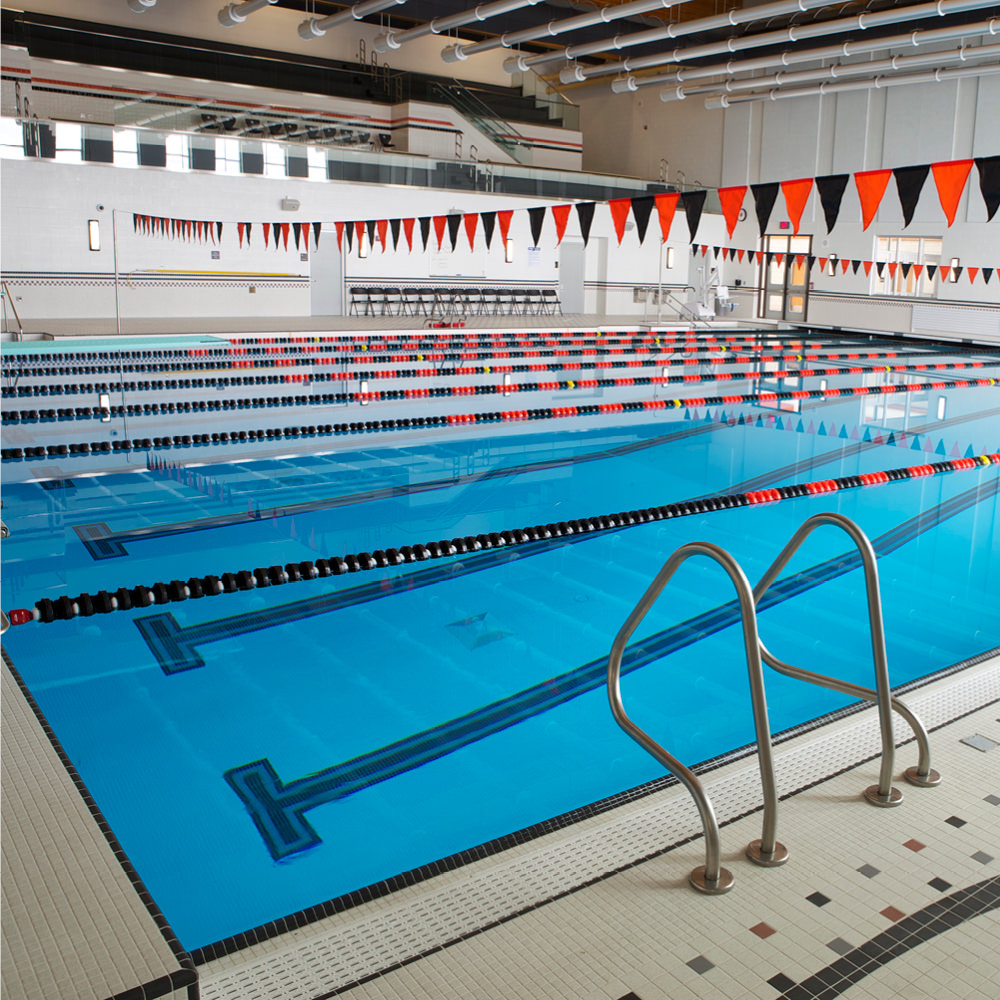 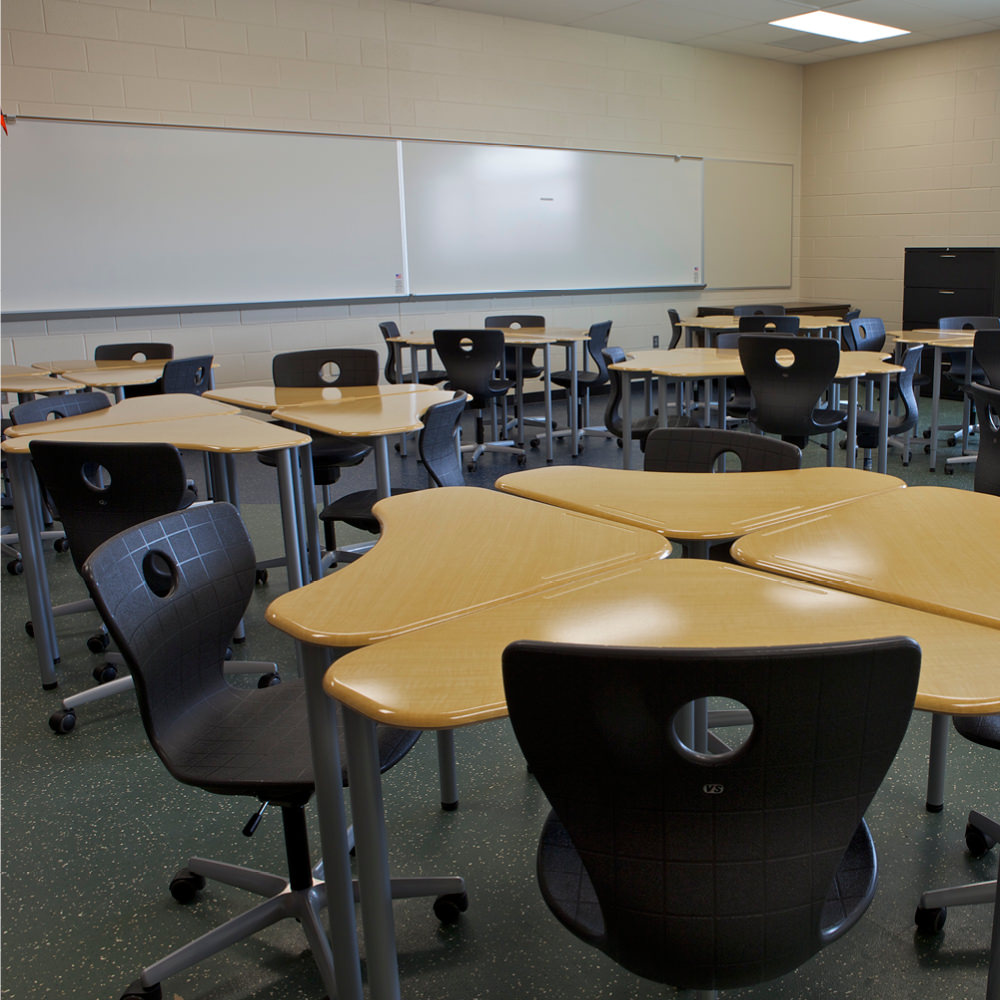 Van Buren Public Schools in Belleville, Michigan has worked with Granger Construction since 2010.

Granger Construction is serving as the Construction Manager for a three-phase bond program, made possible by a $35.49 million bond approved by voters in 2019.

Phase 1 consisted of a new 31,500 SF Early Childhood Center. This is the largest project being funded by the bond – slated for completion in August 2021. This single-story building will house 14 Pre-K classrooms, 2 infant/toddler rooms, 1 sensory room, 1 gross motor room, 1 care center and 3 speech rooms as well as other support spaces.

The bond will also fund renovations in 6 of the other schools in the district: 4 elementary schools, 1 intermediate school and 1 middle school. Renovations will include some mechanical unit replacements, MEP upgrades and complete classroom upgrades.

Granger Construction completed 320,000 SF of new classrooms, administrative offices, a media center and an athletic wing attached to the existing cafeteria and performing arts center, both of which were completely renovated and updated during short summer blitz projects.

During pre-construction, Granger identified project savings so the existing cafeteria was renovated to create a multi-use room. The cafeteria was temporarily relocated into the new high school so work could take place during normal operations. The roof structure was removed and replaced with a vaulted “barrel shape” truss to create the new 15,000 SF space. This renovation provided seating for 600 students during lunch, offered a new community meeting space and created a new feel for off-hour collaboration for students.