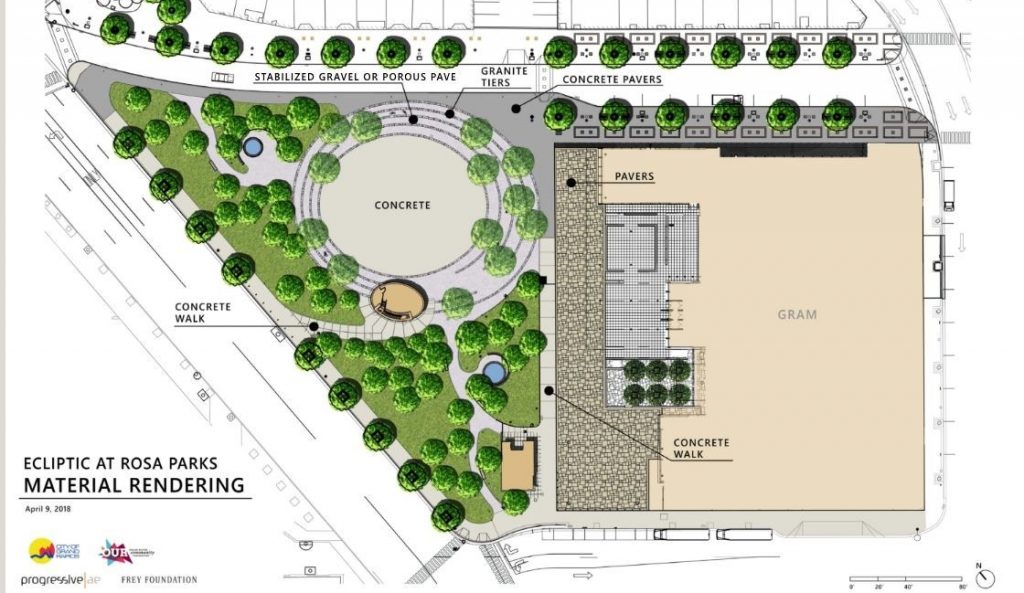 The Rosa Parks Circle Improvements project is a partnership between the City of Grand Rapids and Rosa Parks Circle Conservancy. The project involves involves the restoration of and improvement to a 20-year landmark park in downtown Grand Rapids that features, among other things, a 3.5 acre concrete gathering area/sculpture by Maya Lin called Ecliptic. Lin is an artist and architect best known for designing the Vietnam Memorial in Washington, D.C.

The concrete art piece and gathering area is a ring of concentric ellipses where people can stand, sit and play. It’s used for ice skating in the winter, and concerts, gatherings and events in the warmer months.

The project will see the existing stage upgraded and redesigned, the existing concrete rings replaced with granite ones, the addition of new granite and wood benches, a new bus shelter and an improved restroom building.

The City of Grand Rapids established a goal of 50% MBE and MLBE subcontractor participation on this important cultural project. Through partnerships with the Grand Rapids Chamber and West Michigan Minority Contractors Association, the team surpassed that goal, awarding 62% of contracts to MBE and MLBE businesses.