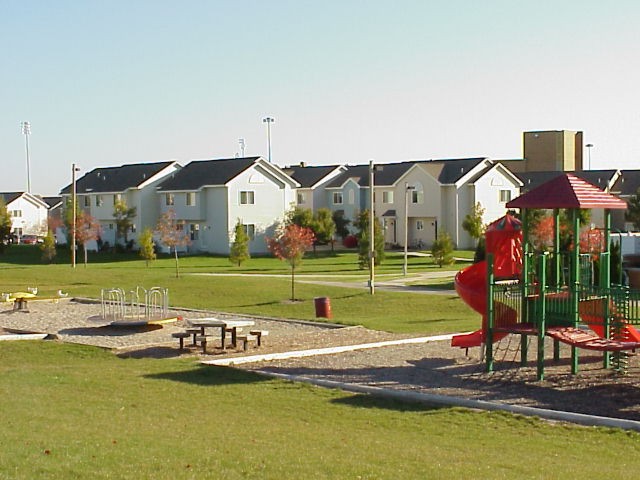 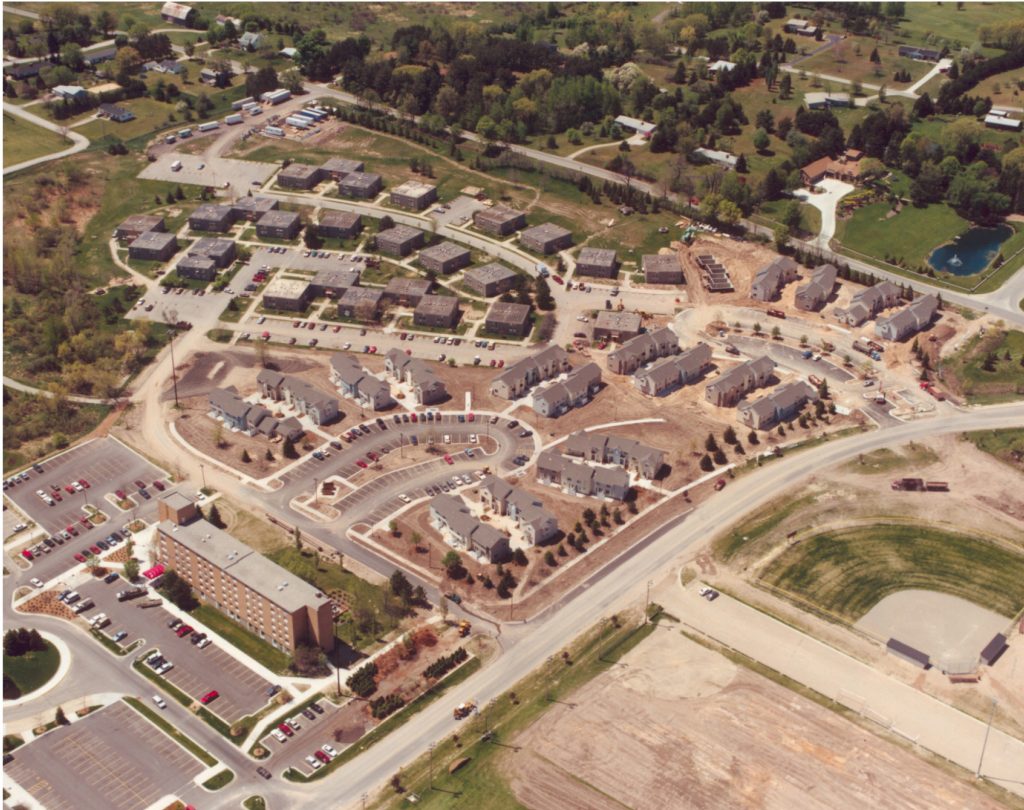 In September of 1995, Granger Construction completed a major demolition and renovation project for the Ferris State University West Campus Housing. Granger’s team was tasked with demolishing the existing family housing units located on the project site and building all new housing units within two years.

One major challenge of this project was that they needed to keep at least 200 units available for occupancy at all times. Granger met this challenge by establishing a three-phase construction sequence that was strictly enforced and followed by all trade contractors. Granger also communicated instructions to the building users and occupants to ensure their safety at all times. This allowed the team to build new facilities safely before removing old units.

The new housing units included 200 one, two and three-bedroom townhouses with:

Granger’s team completed this project two months ahead of schedule.