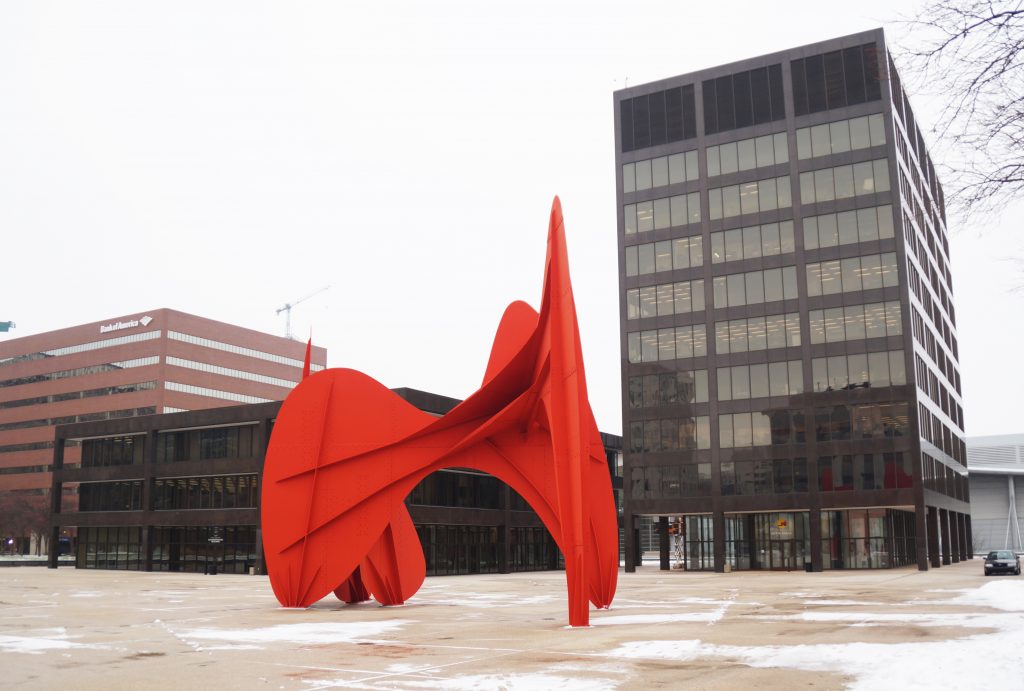 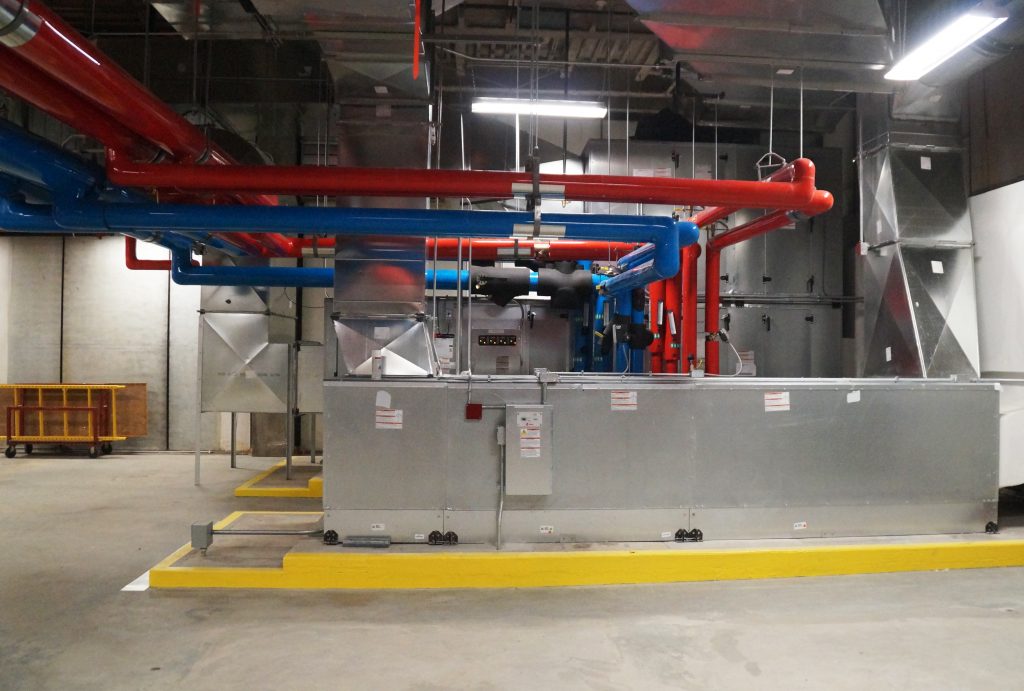 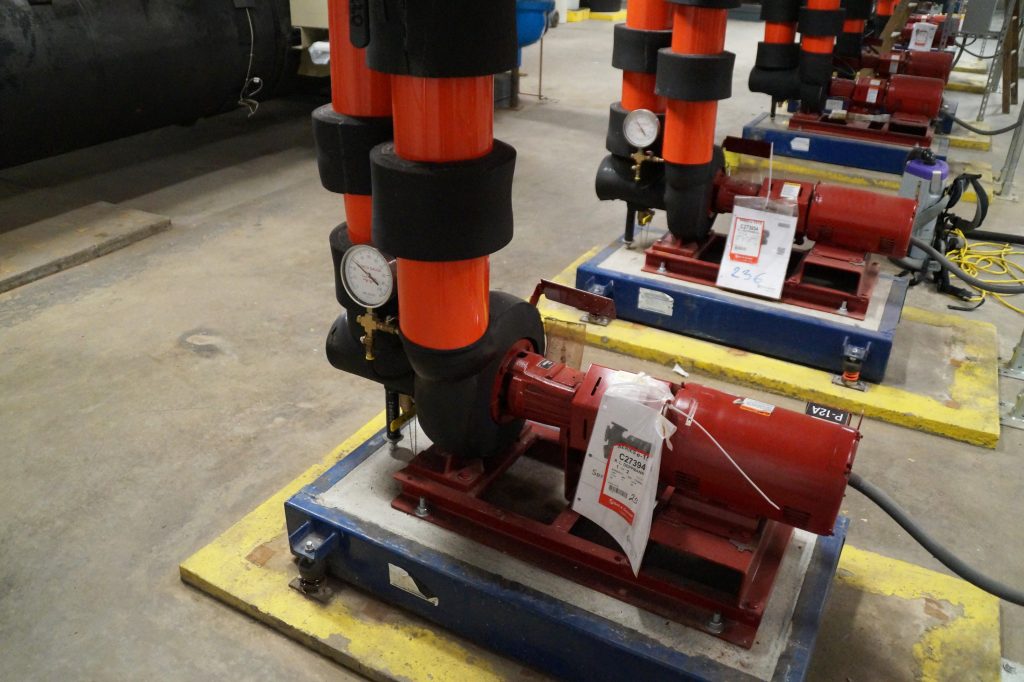 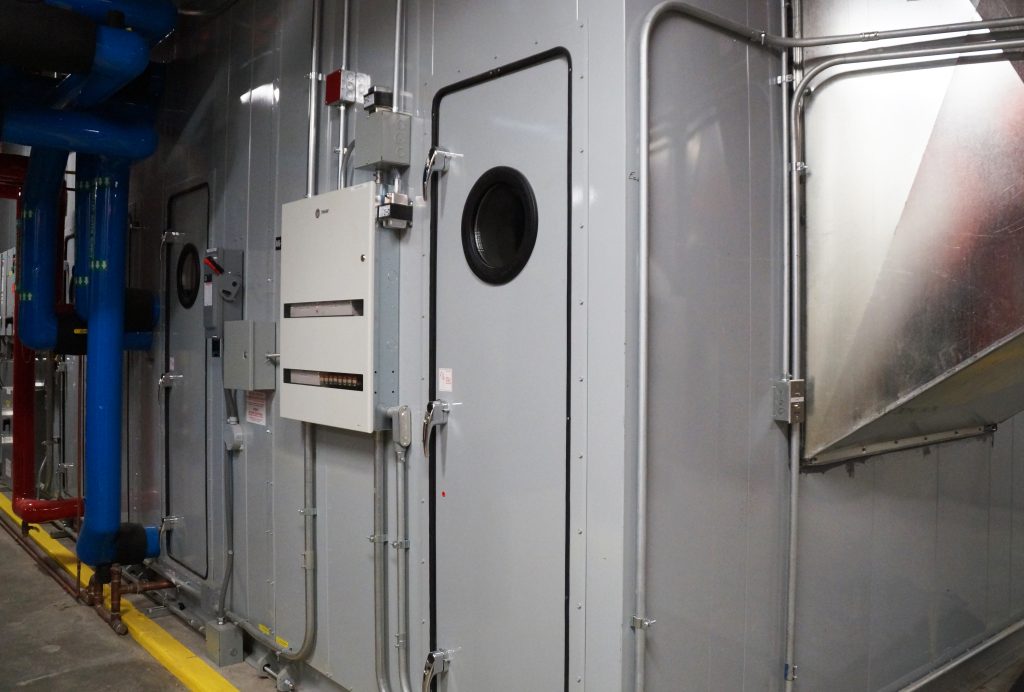 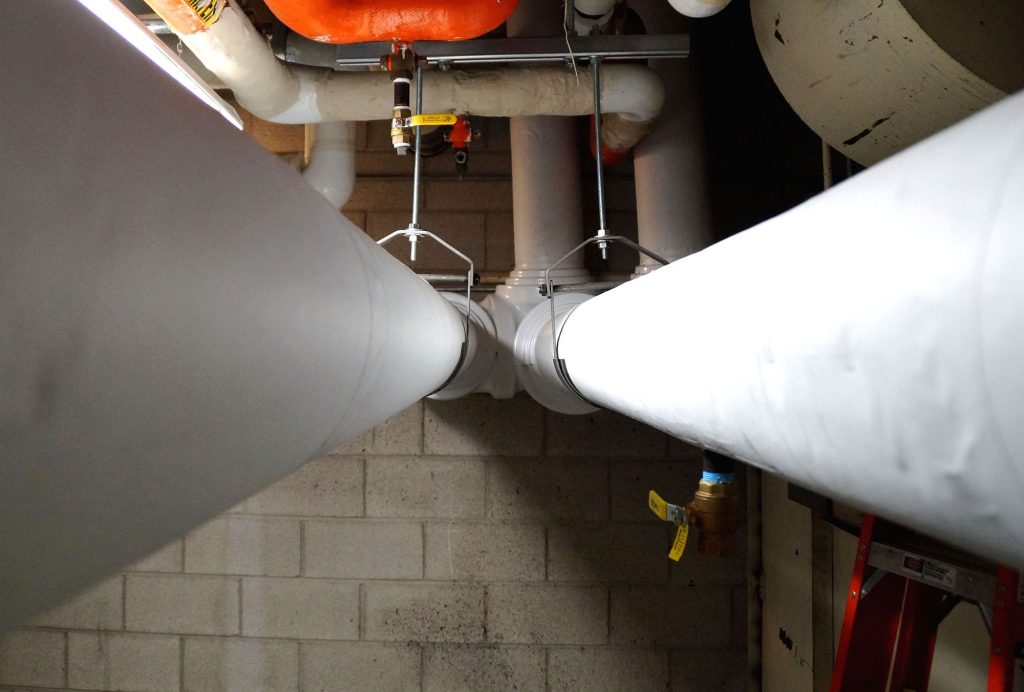 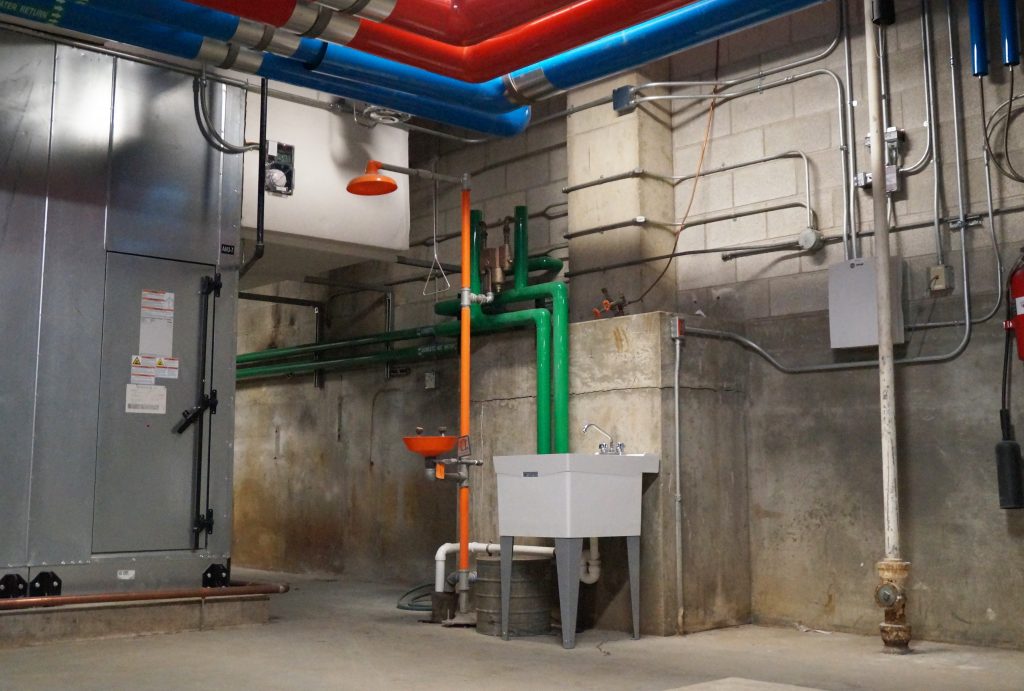 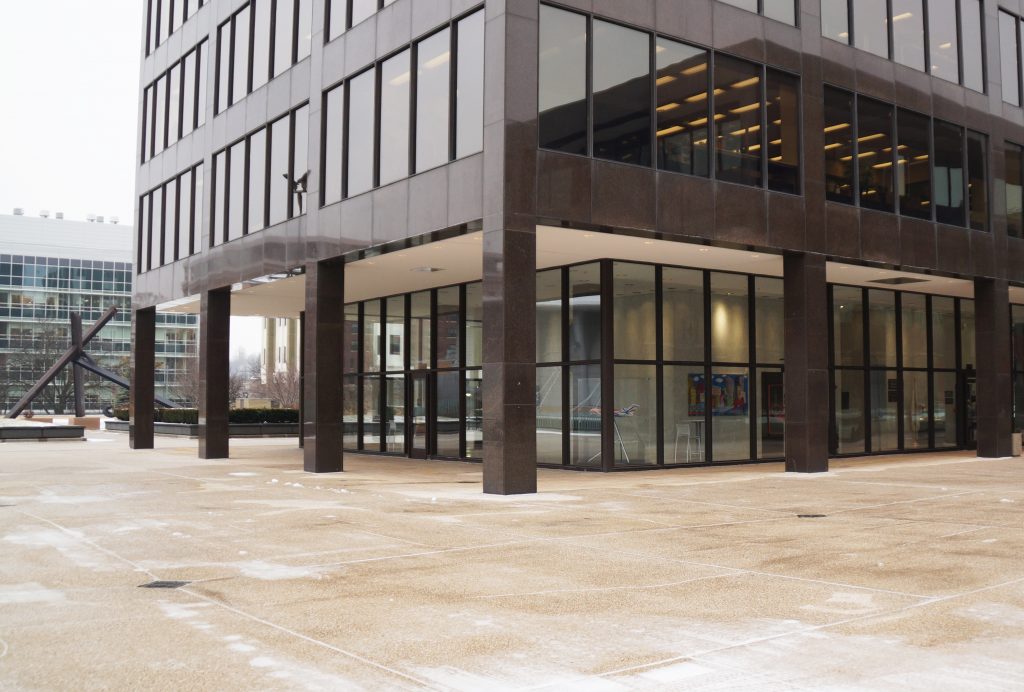 The majority of work on this project occurred within three large mechanical rooms, situated on the 10th floor penthouse, directly above the Mayor’s office and the City Attorney’s office, and on the Monroe Level.

The major equipment removal and replacement took place through the roof, using a crane situated on a busy downtown street between City Hall and the Devos Place.

Below are links to various external media coverage on this project.