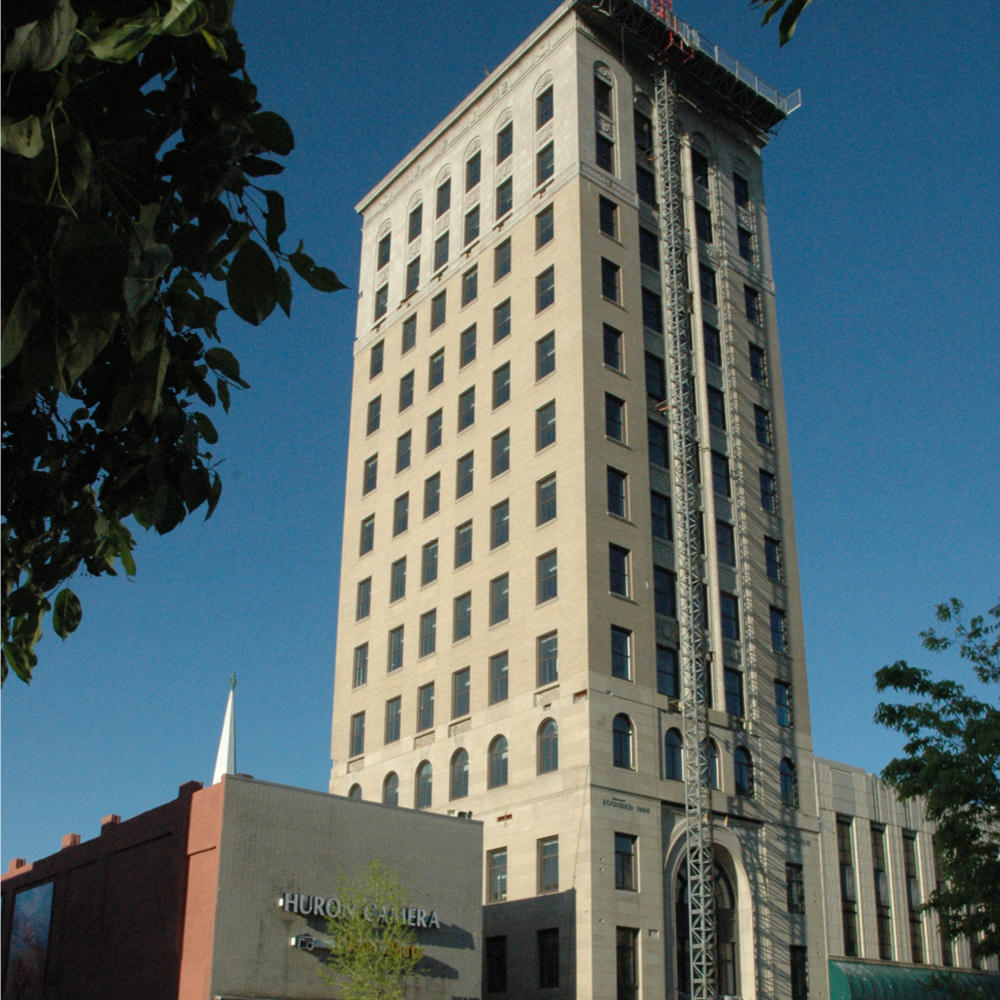 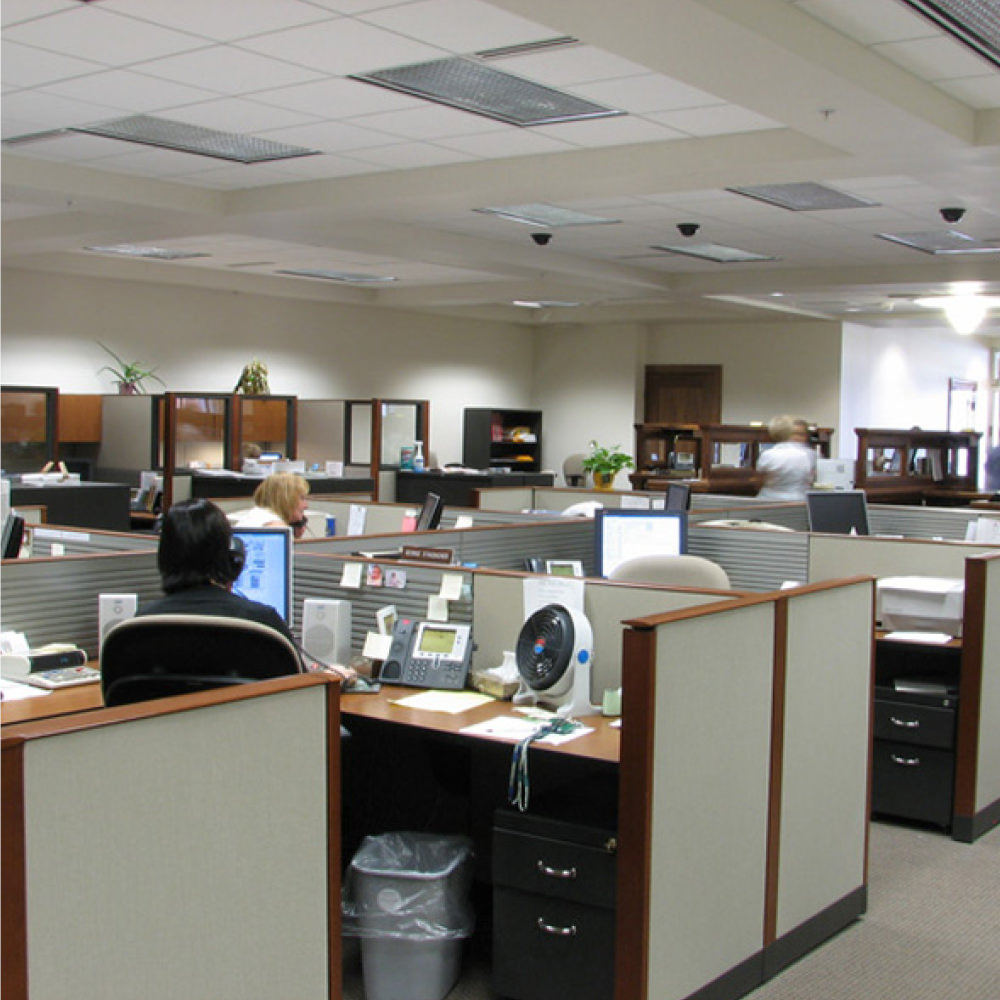 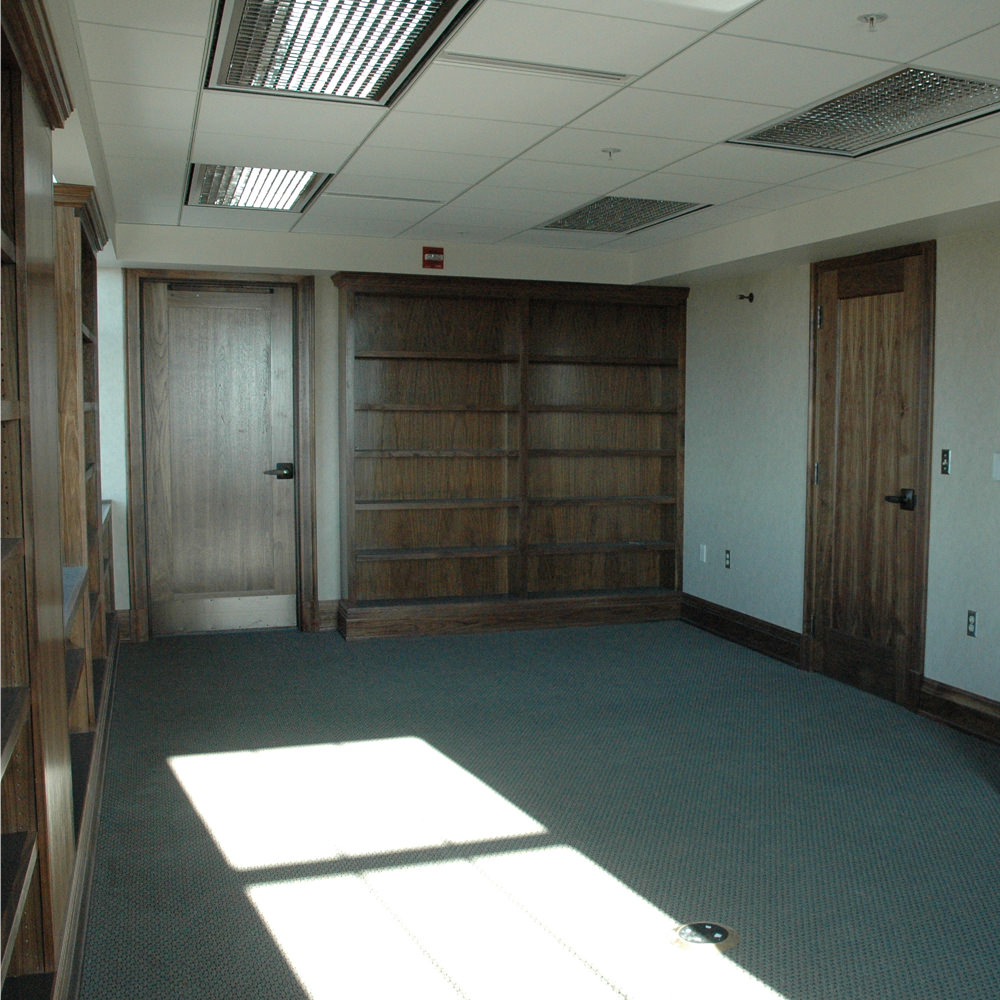 Granger Construction completed major renovations and restoration on the 75-year-old historic Jackson City Hall in 2004-05. The 14-story building was built in 1927 as the City Bank of Jackson and was acquired by the City in 1976.

Complete restoration of the building exterior included elaborate terra cotta work and all existing terrazzo in lobby areas was restored to look like new.

Removed Tennessee pink marble from the old Consumers Power Building to match existing marble in elevator lobbies and restored to appear as it did in 1927.

Primary corridor walls and imortant features were rehabilitated and restored as historically significant while Interior walls were removed to allow for open office modular system furniture with flexibility for changes.

A new video, data and communication system was provided throughout.