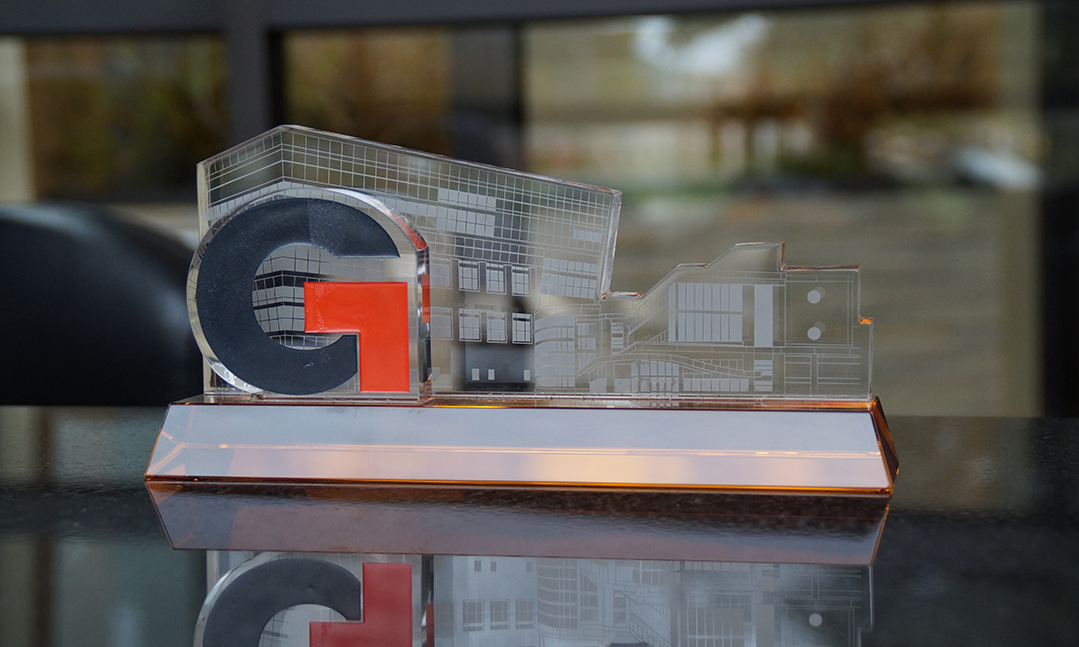 Released October 19, 2020 | Each year, Granger Construction recognizes examples of outstanding leadership and accomplishment among our teammates during our Annual Awards Celebration. Please join us in congratulating our 2020 award recipients, listed below!

The Continuous Improvement Awards recognize outstanding performance and excellence by individuals who continually seek to implement innovative solutions in order to improve efficiency, maximize quality and/or streamline our processes at Granger. 2020 award recipients are:

The Greg Bobzien Awards recognize individuals and project teams that go above-and-beyond with their dedication to safety. These team members focus on safety every day for the projects and tradespeople on site, holding all employees to a higher standard. 2020 award recipients are:

Split into two categories, “Under $10 Million” and “Over $10 Million,” these awards aim to recognize teams in areas of project management, from implementation all the way through to project close-out. 2020 award recipients are:

These awards recognize individuals and project teams that deliver exceptional service and value. 2020 award recipients are:

As Granger’s Digital Media Coordinator and a member of the Marketing and Communications team,  Emily is a diligent worker and quiet force of constant production. She is not afraid of a challenge, learning new skills quickly and implementing them efficiently when new projects arise. Emily consistently asks the hard questions to determine the true needs of a project and best possible approach. She is very attentive during meetings and exchanges with coworkers and clients, listening to glean necessary information before pressing for more details.

Emily makes time for things outside work that bring joy, and shares them with others, but also takes an active and genuine interest in the lives of others. Coworkers have noted her extreme kindness, as well as her willingness to ask questions of others to learn their story and learn about other facets of Granger’s business. Emily is slow to take credit for the outstanding work she does, and never seeks recognition. But she is one of the hardest working members of the team, taking on challenges no one else can or has time for with grace and enthusiasm. She approaches all projects with optimism, asking questions when needed and enhancing the vision of the client effortlessly.

Ryan Snellenberger is the 2020 recipient for the Horizon Builders’ Award. This award is chosen by the Granger’s top executive team, recognizing an individual whose performance and attitude reflect Granger’s mission of “improving the customer experience.”

Ryan’s passion for exceeding expectations is reflected in his approach to his work, often doing whatever it takes to ensure satisfied customers. Ryan has spent the past 16 years dedicating his career to improving the customer experience. He has been instrumental in some of Granger’s most successful projects, and is a pioneer of innovation.

Some examples of Ryan’s work can be found in projects like Hurley Medical Center’s New Emergency Trauma Center, which was the first IPD project in the state of Michigan, and the Health Pointe Integrated Care Facility, where Ryan embraced Lean practices and implemented the big room concept for the onsite project team. Ryan was also Granger’s first superintendent to really embrace the concept of building a high performing team.

Ryan brings a diverse skillset, and has played the role of Intern, Project Engineer, Project Manager, and is currently serving as Superintendent. But most importantly, no matter his title, Ryan number one priority is to earn the owner’s trust. He has a way of making our customers feel at ease, taking time to tour jobsite and sharing intricate project details, and at times even loaning clients his personal tools to help them in their own ventures. “Ryan is a guy who builds relationships,” notes his teammate. “He’s also confident and humble.” He builds confidence in others, and they enjoy working with him.

Brad Hesche is one of two recipients for the 2020 Chairman’s Award. Granger’s highest honor, this award acknowledges dedication to the company and continued realized success.

In addition to an incredible sense of humor, Brad really “gets it” when it comes to understanding the client and making them happy. He has a calm confidence, strong work ethic, and does whatever is necessary to ensure the success of a project. He connects well with others and has the ability to influence positive outcomes.

Brad cares deeply about his family and friends, and is the first to help someone in need, whether at home or at work.

In the 15 years Brad has been with Granger, he has progressed from Project Engineer, to Project Manager, Senior Project Manager, Project Director and just this past summer was promoted to Regional Director of West Michigan. An alumnus of Ferris State University’s Construction Management Program, Brad continually generates impressive success and momentum for Granger’s West Michigan office and clients.

Jason Woehrle is the second recipient of the 2020 Chairman’s Award, Granger’s highest honor. A member of the Granger team since only 2017, we would be hard pressed to find anyone who has had such a major impact on this company in just three years.

When Jason joined the team in 2017, Granger was finishing the Fairfield County Public Safety and Jail Facility in Ohio, and had just won our second Ohio corrections project in Monroe County. Granger senior leadership recognized a growing demand in this market, and set a goal of starting an Ohio office and making it sustainable. Jason was very instrumental in making this happen.

Granger hired Jason as our first official Ohio team member, and charged him opening and running an office in the Columbus area. In just three years, Jason has helped grow his team from a one-man operation to 15 team members and counting. His team has also achieved over $100 million in work completed, and has several other projects underway. Under Jason’s leadership, the Ohio office has also grown in serving projects beyond the corrections market, including data centers and healthcare.

Jason is a graduate of The Ohio State University, and has been working in the construction industry for over 20 years. Jason’s coworkers say, “He’s a steady and committed leader, who does the right things for the right reasons.” Jason is also thoughtful in his approach to new challenges, but doesn’t let this inhibit him from taking action. His focus on goal setting and team performance has not only resulted in exceeding expectations for the Ohio team, but has pushed the entire company to become better strategic planners, communicators and team leaders.

Jason gives selflessly to his community, as demonstrated by his involvement in Wheels for Aiden, a Westerville, Ohio-based charity that provides Power Wheels vehicles to children fighting pediatric cancer. We are very proud of Jason and the significant contributions he has made to Granger since coming aboard, and for his community service efforts. We can’t wait to see what he does next!