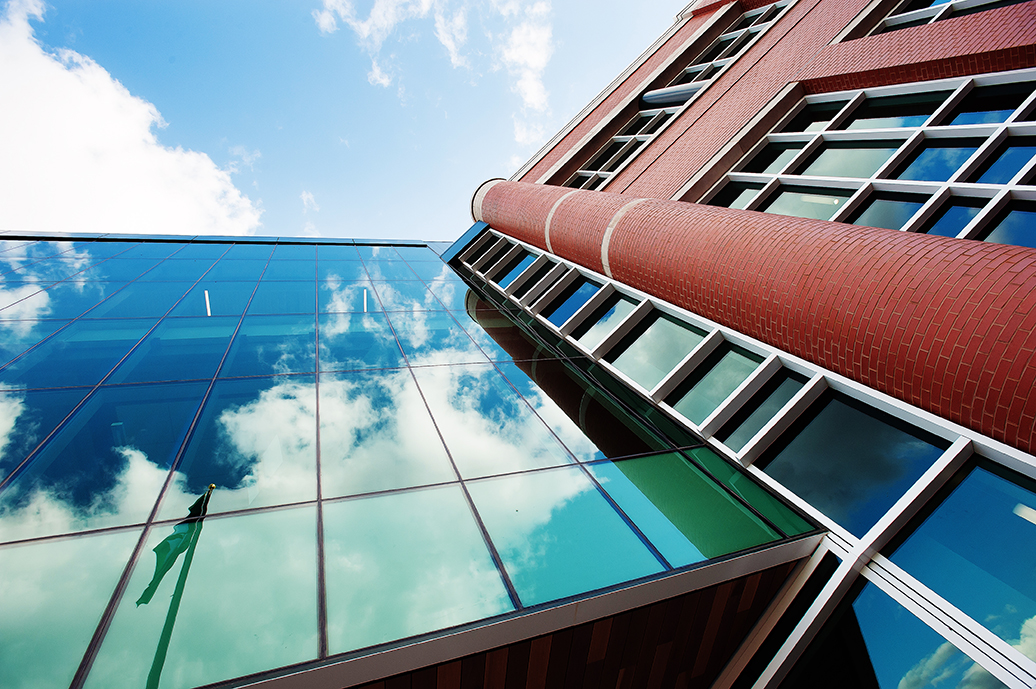 Every building, whether hospital, school or commercial facility, has a building envelope. It consists of the physical barriers separating conditioned environments from unconditioned exteriors (i.e. inside from outside).

“In my experience, I would estimate that less than 10 percent of project Owners currently invest in true Building Envelope Commissioning (BECx),” notes Granger Senior Project Manager Jeff Tuley. “This can be a huge missed opportunity on new construction, given the numerous benefits commissioning offers and potential risks it can help mitigate.”

According to the American Institute of Architects Journal, research has shown that 40 percent of all building-related problems are due to water intrusion, and this problem is the root cause of more than 70 percent of construction litigation.

“Building envelopes are made up of materials which regulate airflow, heat, water, light and noise – and any time two or more dissimilar materials meet on a structure, this creates a vulnerability,” Tuley explains. “What BECx (also referred to as building enclosure commissioning) does, is create a process for addressing, testing and mitigating these vulnerabilities as early as possible.”

“The earlier BECx begins on a project the better,” Granger Senior Project Manager Ben LeBlanc adds, “since the CM will need to work with the appropriate subcontractors to build and test mockups of the design before actual construction. I have worked on projects where commissioning was treated as an afterthought versus a beginning commitment, and the difference in final quality control is significant.”

“For example, at Michigan State University Federal Credit Union’s Headquarters 2 Building, one BECx mockup required the involvement of over a half a dozen contractors assisting with the build. These were tradespeople who were largely unfamiliar with the mockup process, and spanned everything from steel, metal stud drywall, masonry, glass and glazing and roofing. The key to our success was having the mockups included on the bid documents and early project bulletins. The team also was able to coordinate pre-installation meetings between all trade groups, which helped us determine connection points for dissimilar materials and how everything would fit together.”

“It is important to map out the full chain of events, and have contractors collaborate to know how the whole system comes together. Starting these conversations early in a project also helps create a standard moving forward so all team members know what the expectations are before they even start building. Otherwise you can get on the jobsite, complete the mockup, and realize you had no true quality control or testing metrics set for measuring and replicating success on the actual build.”

While BECx can be a significant investment for Owners, there are many benefits to consider, the largest perhaps being the reduced risk of potential rework after project completion and turnover.

Doing rework on a building that is already occupied always has a cost. While the immediate financial costs of this rework may be borne by subcontractors or CMs through the warranty process, it is also important to consider the cost noise and disruptions from rework can cause to Owner operations. Also, making repairs and changing a mock up is substantially easier than repairing a detail that is 30’ in the air, requiring a lift and potential impedance on existing operations.

“A leaking roof is an issue not only because it costs an Owner money to fix, but because they now have a leak in their building,” notes Tuley. “Plus, before we even get a phone call with warranty issues, most owners will have their facilities people do research into the issue, so that is a loss of resources to them as well. “BECx is the best investment toward testing the building design and addressing weaknesses before the Owner needs to occupy the space. BECx also helps address the unknown/hidden utility costs that come when you do not have the assurance of an air and vapor barrier-tight building.”

“Water intrusion is the thing everyone thinks of because it is a pain when your facility leaks. But what they don’t see is the leakage of air and additional utility costs that can accumulate over the life of a facility. How much gas are you using to offset the heat cost or how much electricity are you using to offset cooling costs? Another potential issue with air leakage is the increased chance of pest infestation.”

Effective commissioning processes may be a substantial investment, but this process can potentially save tenfold in rework or structural damage on similar types of projects. The key is to evaluate the building design details early in the process and ensure all key players are invested from day one (i.e. owner, architect, construction manager and key subcontractors).

“At Granger, we have seen instances where only one or two partners have been fully invested in the commissioning processes, and this was like having a three-legged stool with a missing leg,” states Tuley. “BECx requires constant communication and collaboration, otherwise you start to see a breakdown in quality control and increased risk for rework. However, when the entire team is invested, it creates the engagement necessary to see this complex task through to completion.”

Whitepaper: Bond Elections – Getting to “YES”