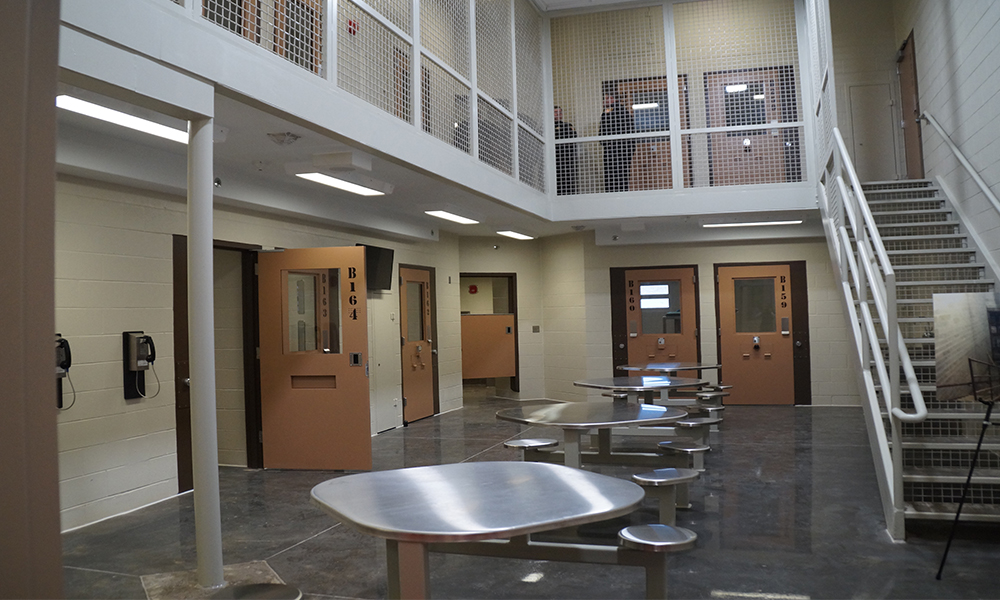 “The entire project team is excited to finish the project on a positive note and excited about  being able to show off this new facility to the community,” said Granger’s Todd Butler, who served as Project Manager on the job.

The facility will also house the Monroe County Sheriff’s Department. Previously, the sheriff’s department had no operational jail to house those charged with a crime and sentenced in county courts. They were transporting all inmates to jails in neighboring counties where it cost nearly $60 per day to house them.

The Granger team has also been working with Monroe County to train corrections officers and members of the Sheriff’s Department inside the facility.

This is the second county jail facility Granger has completed in Ohio. The new $34 million Fairfield County Jail in Lancaster, Ohio, opened in June 2017. Just after the Monroe County facility becomes operational, Granger will start its third Ohio jail project for Portage County, in Ravenna, Ohio, slated to break ground in March 2018. This $12 million expansion project calls for a new 132-bed female housing pod addition along with renovations to the existing facility.