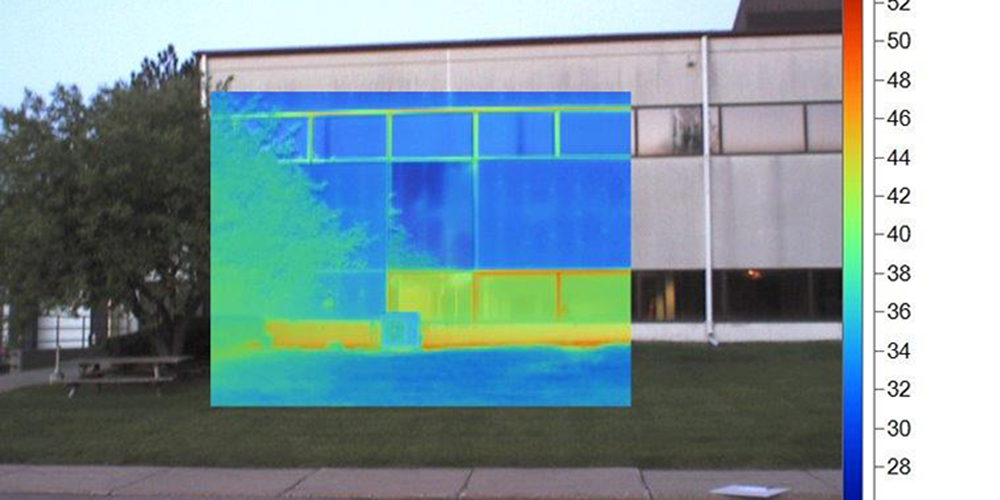 As advanced technologies go, the use of thermal imaging may be one of the most indispensable to the construction industry. With a continued focus on energy efficiency and preventative maintenance, thermal imaging technology allows builders to identify issues quickly and communicate to owners about potential solutions before they become larger issues.

Thermal imaging uses infrared detectors to create pictures made of heat exposure rather than light. This process identifies air temperature differentials, as well as moisture, in structure and components which allows for the rapid identification of any problem areas.

“For an owner to be able to know early on in the design phase what energy or water issues may exist is invaluable,” said Jeff Tuley, senior project manager at Granger Construction. “Using thermal imaging to quickly identify these issues allows an owner to budget appropriately and can greatly reduce unplanned expenses.”

Infrared (IR) technology is not new. The military has been using thermal imaging for decades to detect and track targets, guide weapons and gather intelligence. Only recently has this technology expanded into various commercial and industrial applications, including the construction industry.

In the construction industry, thermal imaging is often used to detect moisture and other energy-related failures. On a recent project, Tuley’s team used thermal imaging extensively to illustrate energy deficiencies and water penetration on an existing structure – including around older windows and the existing foundation.

“It can tell you where water is coming from and how it’s entering the building,” Tuley said. “We also gained significant information about other problematic areas, like inadequate insulation.”

Despite its value, Granger Construction is one of the few contractors utilizing this technology, according to Tuley.

“It’s being used quite a bit by architects and engineers, but Granger is pretty unique in providing this service as a contractor,” he said.

Thermal imaging can be an invaluable tool throughout a construction project, not just at the start of a renovation or new build. Often, thermal imaging is used during construction and upon completion to ensure that the structure is up to standard.

“As energy costs increase, so does the importance of verifying the integrity of our building envelope and systems,” said Dennis Carignan, vice president at Granger. “The ability to perform thermal scanning of buildings during and upon completion of new construction allows us to identify issues earlier in the project (prior to subcontractor demobilization and final payment), which can save time, money and frustration for our clients.”

Three construction podcasts worth your time