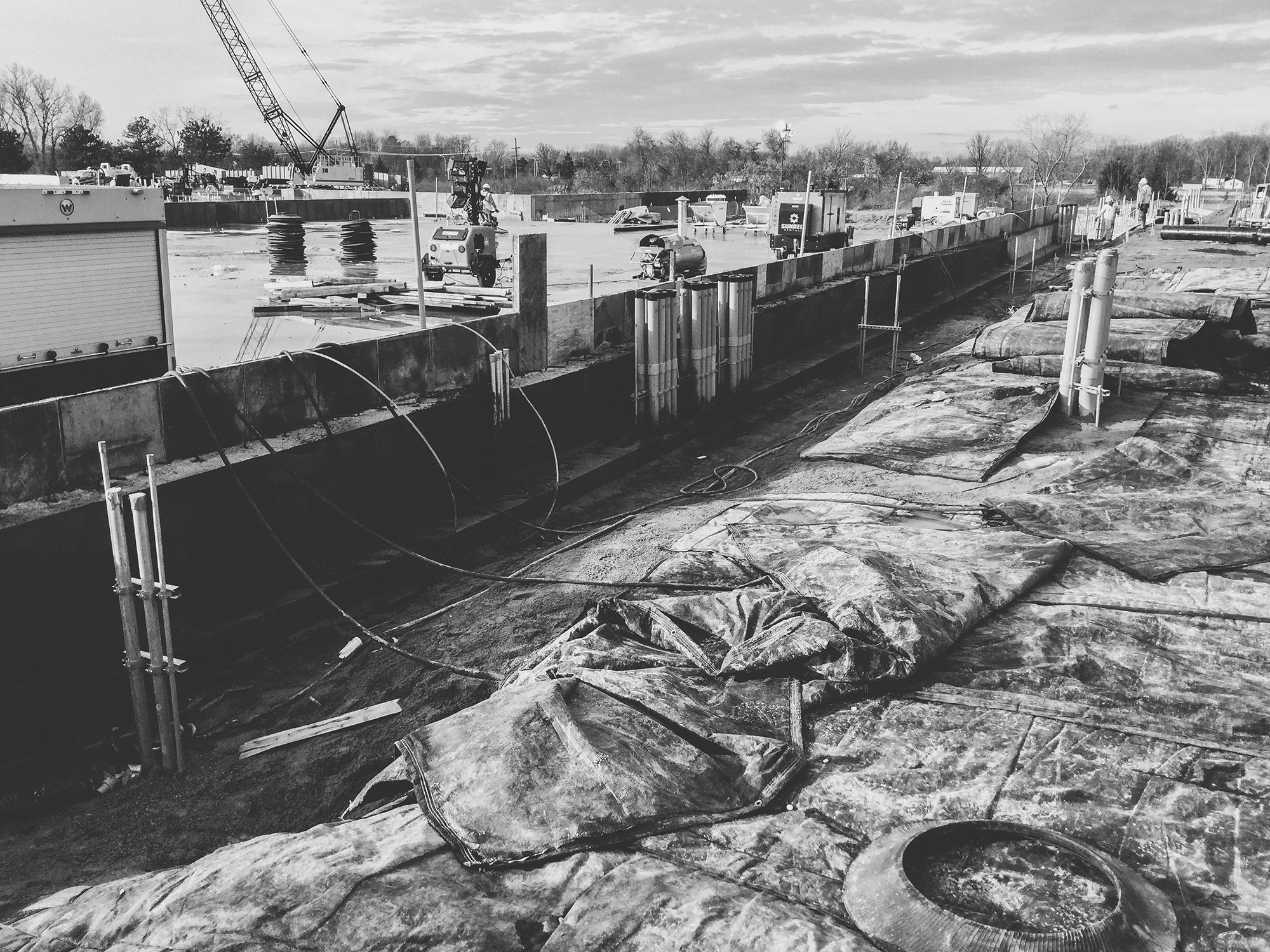 Whether 90 degrees and sunny or below freezing and snowing, concrete pours happen year-round on commercial construction projects. But colder temperatures are not ideal for slab curing. To solve this problem, Granger Construction’s self-perform team is using permanent ground thaw hoses to improve the quality of slab on grade concrete during cold-weather concrete pours.

With this approach, crews are able to reuse the same hoses on multiple projects.

Breaking from tradition, Granger has found significant benefits from using permanent ground thaw hoses rather than temporary ones:

Aside from benefiting the concrete placement process itself, crews can use the permanent hoses as a continued heat source during other construction work. The heat from permanently placed hoses can also help melt any snow that might fall on exposed concrete.

Granger’s new permanent hose approach has proven successful for a variety of construction projects, from parking lots to data centers, and we are excited to see how it can benefit future clients. To learn more about Granger’s innovative concrete work or other self-perform capabilities, contact us today.