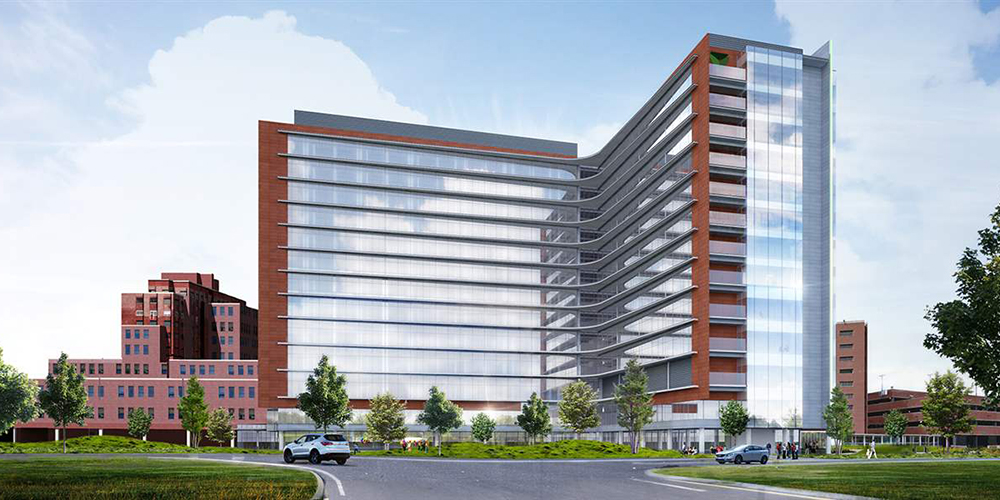 Ask any contractor and they’ll tell you: quality concrete work is critical to the success of nearly every construction project.

Granger Construction’s reputation as concrete experts will again be instrumental to a project’s success following its selection as the concrete subcontractor for ProMedica Toledo Hospital’s new Generations Tower in Toledo, Ohio. The concrete work on this project represents the third-largest concrete job in the company’s history and will involve foundations, slab on grade, slab on metal deck and eight cores for elevator and stairway shafts for a 13-story patient tower.

“Our concrete teams, whether serving as a subcontractor or in a self-perform role, have a track record of success,” said McAlvey. “They are well-known throughout the industry for ensuring quality, cost and schedule.”

Crews will begin pouring concrete at the ProMedica facility in January, with completion slated for November 2017.

View a video of the Promedica Toledo Hospital rendering.

One of the most challenging concrete jobs Granger completed was the architectural concrete package for Michigan State University’s award-winning Eli and Edythe Broad Art Museum. This project required constructing custom forms for the unique slanted walls as well as the development of a unique concrete formula in order to meet the stringent design specifications.

In three months, Granger created 70 different test panels from 24 different mixes before arriving at the correct formula. This complex process produced some of the most advanced self-consolidating concrete walls in the United States.