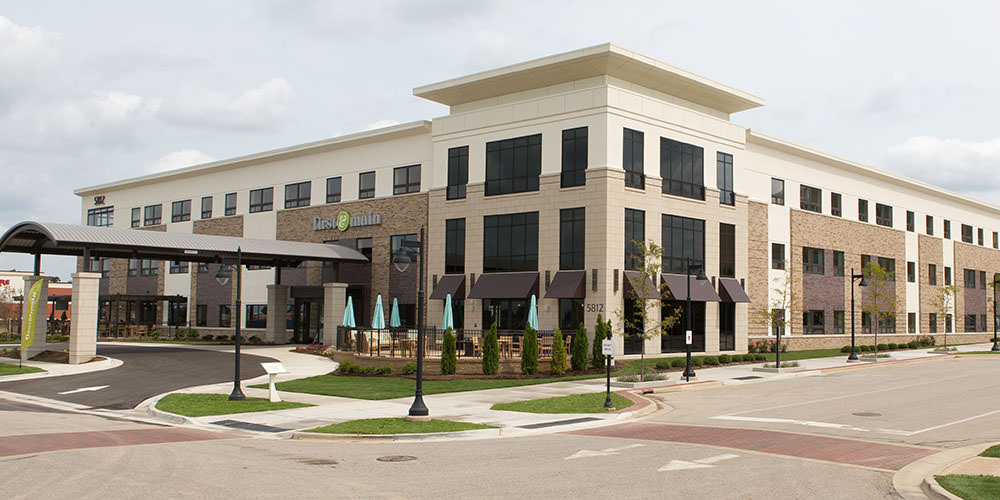 Historically, senior living facilities were focused primarily on providing health services for those at an advanced age. However, the idea of senior living – as well as the facilities designed and built to accommodate this population – has changed significantly in recent years. This evolution has been especially evident as the Baby Boomer generation has aged into the primary users of senior care facilities.

While a health-focus permeates and perhaps still dominates the overall philosophy of senior-living facilities, an increasing number of today’s residents demand a much broader range of amenities and luxuries than past generations. This modern mindset among aging citizens continues to drive much of the evolution in the design and construction of these environments.

After the introduction of Medicare and Medicaid in the mid-1960s, accommodations for the aging split into several types: the prior method of health care (nursing homes), senior housing (seniors-only communities), hospitality (a more relaxed, resort-like setting) and hybrid (a mixture of the old-style treatment and the new trend of comfort).

The result was the emergence of more carefree facilities for older generations. Instead of concentrating on providing nursing and care for seniors who were sick, these new facilities were focused more on helping residents enjoy retirement with people of the same age.

A leader in healthcare and senior living facility construction, Granger Construction has been at the forefront of this evolution.

“There’s been a pretty significant change in the overall philosophy of senior living facilities,” said Jon Upton, project director and healthcare market segment leader for Granger Construction. “Today, these facilities are much more deliberate about providing their residents with a high-degree of comfort and luxury.” 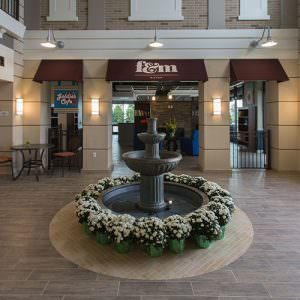 into fashion, they were fairly spartan in design, sometimes offering only the basic necessities. Now, modern facilities provide numerous amenities to residents, including housekeeping, food, transportation and various forms of entertainment. Often whole towns, complete with markets and businesses, spring up within these modern communities. Salons, restaurants, wellness centers and pharmacies may line the streets of what can more or less become a town within a town. These businesses add a layer of “home” to the community, helping add to the feeling that it’s much more than just a basic healthcare center.

The pace of retirement of the Baby Boomer generation, along with longer life expectancy, means there are now more senior citizens than ever, with the numbers continuing to rise.

In 1960, there were about 15 million U.S. citizens over the age of 65. As of this year, there are more than 50 million elder Americans, with approximately one million currently living in an elderly community. By the year 2030, there are expected to be twice that number in senior facilities; by 2060, it is predicted that there will be about 100 million U.S. citizens older than 65.

The continued increase in the size of the senior population correlate to a rise in the number of senior living facilities being built.

“We’ve definitely seen an increase in the number of facilities,” said Upton. “And, as this population continues to grow, we undoubtedly expect to see an increase in this type of construction.”