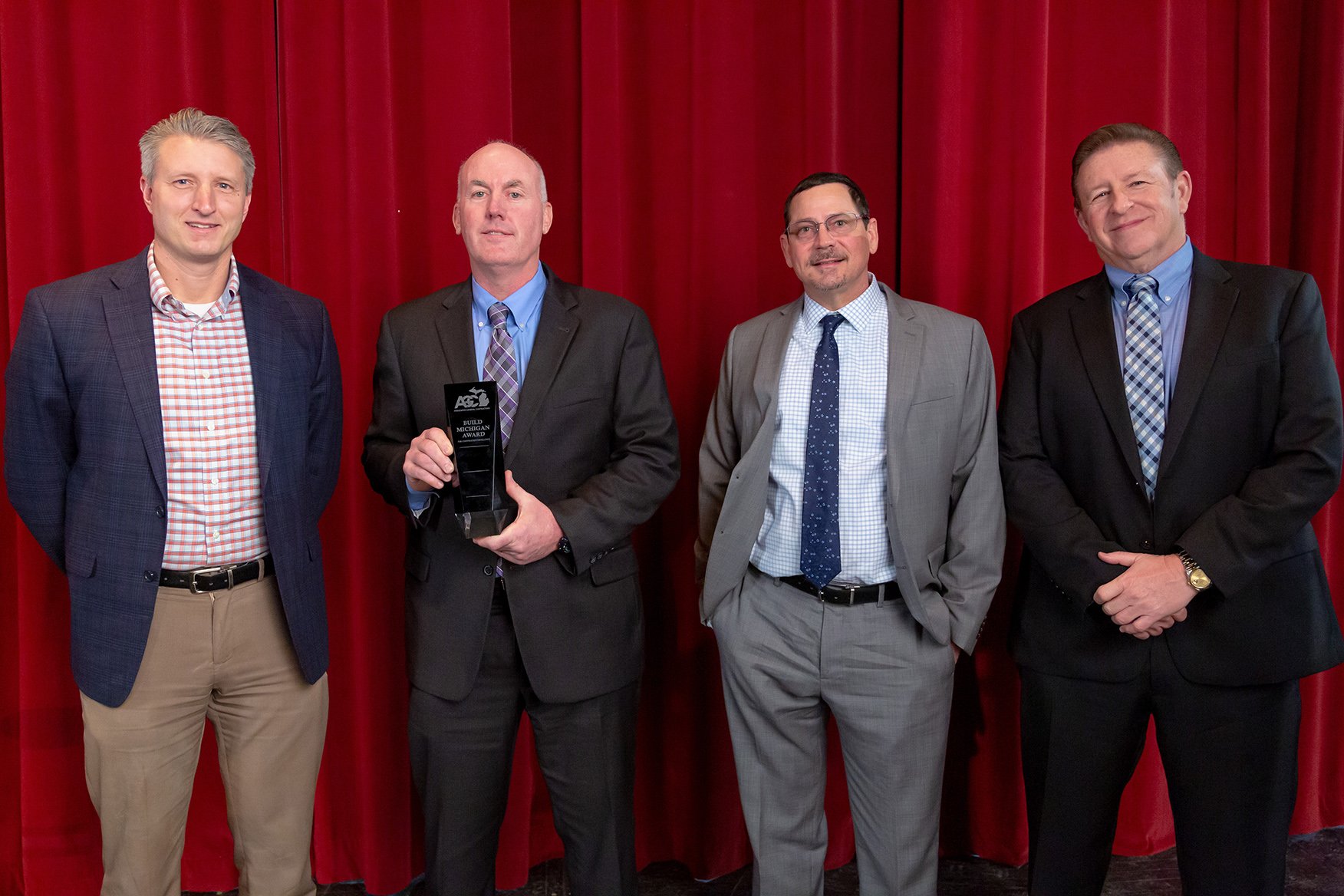 Tuesday, March 3, 2021 | Team members on Granger Construction’s MDAHS Medical Laundry Facility Project were honored to receive a 2021 Build Michigan Award from the Associated General Contractors (AGC) of Michigan! Granger’s was among only five teams selected for this prestigious honor, with their project representing the best in the Design-Build category. Awards were distributed during AGC of Michigan’s Annual Meeting & Award Ceremony, which was pre-taped at the Michigan Theater in Jackson and shared on Friday, February 26, via a virtual watch party.

The MDAHS Medical Laundry Facility was a $48 million project for three leading Michigan health systems: Henry Ford, Michigan Medicine and Saint Joseph Mercy. It involved revitalizing an existing 59,000 SF building and constructing a 56,000 SF addition in downtown Detroit. Nearly half the budget was dedicated to highly specialized equipment, resulting in a state-of-the-art facility with capacity to process over 78 million pounds of healthcare linens annually. It is one of the largest and most modern operations of its kind in the U.S. The facility will also achieve the highest standards in infection prevention and control practices while reducing utility consumption and emissions, thanks to some of the most advanced equipment in the healthcare sector. Operations have been live since May 2020.

“This project illustrates safety innovation, Lean construction processes and outstanding success based on extraordinary collaboration among the entire design-build project team,” said Dennis Carignan, Granger’s Executive Vice President. “Despite numerous challenges including managing an uncommon and highly specialized facility, several unforeseen conditions and one of the worst pandemics in recent history, the project was successfully delivered on time and within budget.”