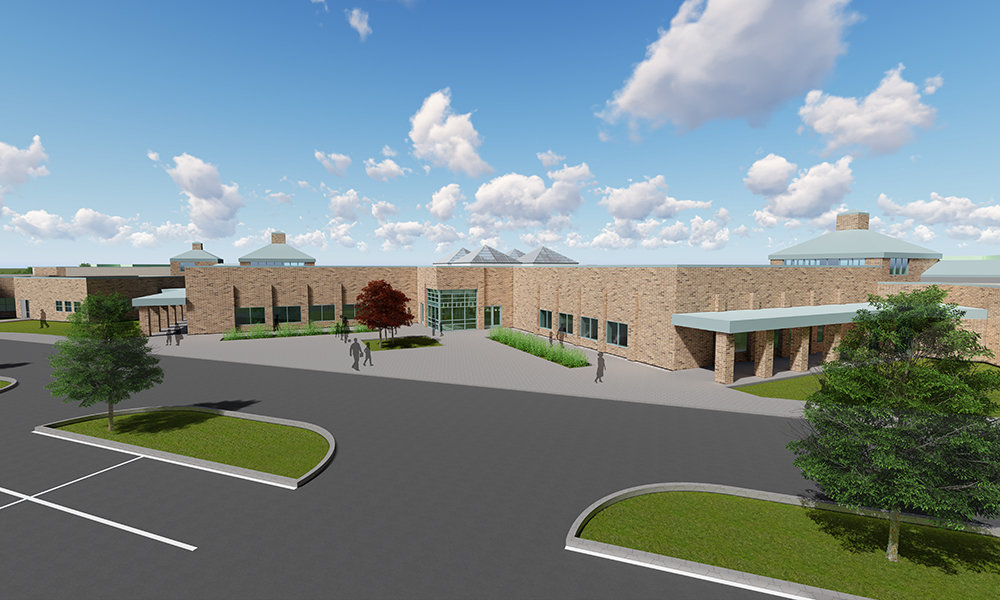 Since the official groundbreaking ceremony in November 2017, most of the work to date has involved earth moving and underground utilities to prepare the site for construction. Footings for the project are now in and block walls are underway.

The new elementary school will be connected to Cornerstone Elementary School. While the two schools will function independently, they will share flexible learning spaces, the existing bus drop-off area and utilize only one kitchen to serve both cafeterias – creating some efficiencies that wouldn’t be possible if the school was located on its own site as originally planned.

This new elementary school is the largest part of the 2017 Bond Program following a $72 million bond passed by voters last August. The target completion date for the new school is slated for December 2018 so students can begin using the school in early 2019.